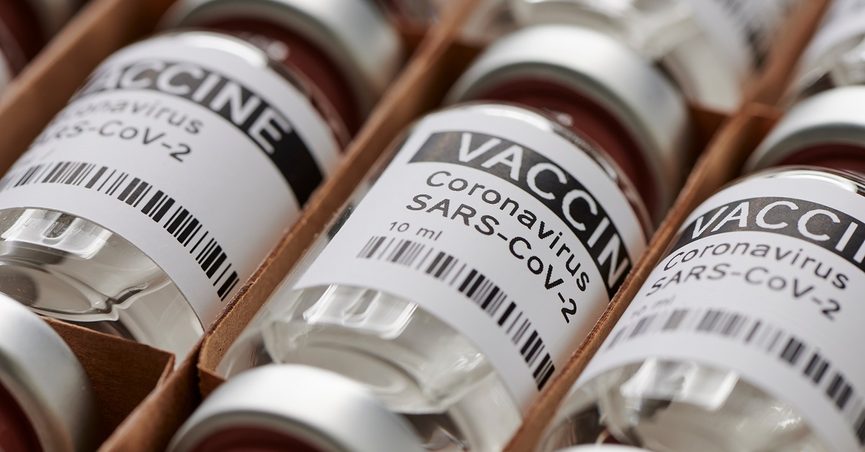 Since the early days of the pandemic, attention has focused on producing a vaccine for COVID-19. With one, it’s hoped it will be able to suppress the virus without relying purely on economically challenging control measures. Without one, the world will probably have to live with COVID-19 as an endemic disease. It’s unlikely the coronavirus will naturally burn itself out.

With so much at stake, it’s not surprising that COVID-19 vaccines have become both a public and political obsession. The good news is that making one is possible: the virus has the right characteristics to be fended off with a vaccine, and the economic incentive exists to get one (or indeed several) developed. How the phase 3 trial works

Earlier trial phases showed that the vaccine stimulated the immune system, as expected. But the million-dollar question is whether this actually protects against COVID-19. Finding out means giving the vaccine to thousands of people who might be exposed to the coronavirus and seeing whether they get sick. As Ashfield and Pedro Folegatti show, this requires running vaccination programmes in countries across the world.

Testing was paused – and that’s OK

In September, the phase 3 trial of the Oxford vaccine was paused after a patient fell ill with a possible adverse reaction. Understandably this caused dismay, but it shouldn’t have, says Simon Kolstoe. Pauses like this are common, as independent moderators are needed to assess exactly what has happened. Often illnesses in trials are unrelated to what’s being tested. But even if they are, that’s exactly what we want these tests to show.

But vaccine makers need to be more open

AstraZeneca didn’t publicly reveal what caused the pause but did share this information with investors. This, says Duncan Matthews, was an example of an attempt to apply old methods of operating to a new situation.

Why we need to know what’s in placebos

A key part of clinical trials are placebos – alternative or inactive treatments that are given to participants for comparison. But a key problem, Jeremy Howick explains, is that some vaccine trials don’t reveal what their placebos contain. Without knowing what benchmark is being used, it’s then difficult for outsiders to understand the relative effect (and side effects) the vaccine has.

How will the vaccine be made and rolled out?

Preparing enough for the whole world

Universal demand for a COVID-19 vaccine means production bottlenecks are a risk. For the Oxford vaccine, production involves growing key components in human embryonic kidney cells, before creating the actual vaccine and then purifying and then concentrating it. Running this process at industrial scale, say Qasim Rafiq and Martina Micheletti, is one of the biggest challenges AstraZeneca faces.

Vaccines contain organic products, which traditionally have been grown using cell cultures in containers called bioreactors. Recently plants have been adapted to function as bioreactors too, which could help production be massively increased. Tobacco may be especially useful: it grows quickly, is farmed all over the world, is leafy and easily modifiable. The tech hasn’t been approved for mass producing medicines – but demand may change that.

Keeping vaccines cool will be crucial

Because COVID-19 vaccines will contain biological material, they’ll need to be kept cold right up until they’re delivered, explains Anna Nagurney. Fail to keep them cool and they’ll become ineffective. Refrigeration will therefore be a major challenge in any roll-out campaign; an estimated 25% of vaccines are spoiled by the time they reach their destination. A potential solution could be to encase their heat-sensitive parts in silica.

Some governments are signing agreements with manufacturers to supply them with vaccines ahead of other countries. Poorer nations risk being left empty handed – putting people at risk and preventing any attempt to coordinate suppressing the coronavirus worldwide. It’s also unclear how access is being priced in these deals.

How to counter vaccine nationalism

India can play a key role in avoiding this “richest-takes-all” scenario, says Rory Horner. It’s traditionally been a major supplier of medicines to the global south, and has the capacity to create more vaccines for COVID-19 than any other country in the world. India’s Serum Institute has signed up to make 400 million doses of the Oxford vaccine this year, but with a population of 1.35 billion, how many will go abroad isn’t yet clear.

Who will get the coronavirus vaccine first?

We need to plan now, say Laurence Roope and Philip Clarke. Governments have big decisions to make. The pandemic is akin to a war situation, so there’s an argument these vital goods should be rationed and banned from private sale. Authorities also need to decide who should be prioritised: those most vulnerable, people most likely to spread the virus, or those who can kickstart the economy by returning to work.

How do you counter resistance and scepticism?

Public resistance is a sizeable problem – but nothing new

Surveys show that one in four New Zealanders remain hesitant about a coronavirus vaccine, while one in six British people would refuse one. But vaccine hesitancy has been around for a long time, writes Sally Frampton. And Steven King argues the past – such as when smallpox vaccines were resisted – may provide some solutions to this problem.

Are anti-vaxxers a problem?

Not all hesitancy is the same, says Annamaria Carusi. As well as the hardcore anti-vaxxers, plenty may resist COVID-19 vaccines on safety or animal welfare grounds. Indeed, while anti-vaxxers attract a lot of attention, their influence on vaccination rates is often overstated, argues Samantha Vanderslott. In fact, desire for a vaccine is so widespread and strong that anti-vaxxer positions may be harder to defend right now. The far right is exploiting the pandemic

A recent report from the United Nations Security Council warned that extreme right-wing groups in the US are using the pandemic to “radicalise, recruit, and inspire plots and attacks”. Blyth Crawford gives a run-down of the major groups at work in America – what their aims are, the methods they’re using to reach people, and the key pieces of misinformation that they’re peddling.

How to build trust in vaccines

The usual strategy is to double down on positive messaging. But a better strategy, Mark Honigsbaum argues, would be to acknowledge that there’s a lot we don’t know about how some vaccines work, but that the benefits of taking vaccines far outweigh the risks. A further step could be to make sure that manufacturers are liable should vaccine recipients suffer negative effects. Often manufacturers are exempt.

The future is full of possibility. COVID-19, Sars, Mers and the common cold are all caused by coronaviruses, and scientists are considering whether it’s possible to create a vaccine that could offer protection against them all – and perhaps even against an as yet unknown coronavirus we’re yet to encounter. Admittedly, having a vaccine that can do this seems unlikely in the near future.

We shouldn’t get ahead of ourselves, though, says Sarah Pitt. No vaccine has yet completed its safety trials, and we can’t yet be sure that any vaccine will permanently prevent people from catching COVID-19. We need to prepare ourselves for the very real possibility that a COVID-19 vaccine only reduces the severity of symptoms or provides temporary protection.