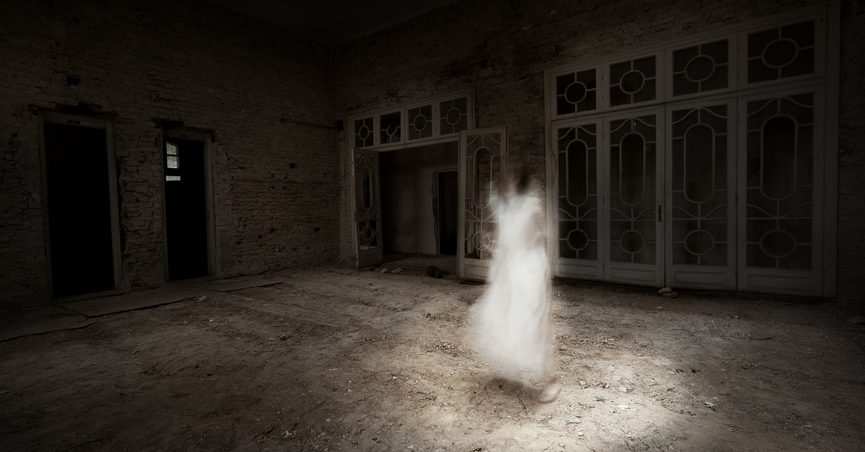 Halloween seems an appropriate time of year to share the story of the Chaffin family and how a ghost helped decide a dispute over an inheritance. James L Chaffin of Monksville, North Carolina, died after an accident in 1921, leaving his estate in full to his favourite son Marshall and nothing to his wife and three other children. A year later Marshall died, so the house and 120 acres of land went to Marshall’s widow and son.

But four years later, his youngest son James “Pink” Chaffin started having extraordinary dreams in which his father visited him and directed him to the location of a second, later will in which Chaffin senior left the property divided between his widow and the surviving children. The case went to court and, as you’d expect, the newspapers of the time went mad for the story.

Another source of hallucinations is the phenomenon of sleep paralysis, which may be experienced when falling asleep or waking up. This temporary paralysis is sometimes accompanied by the hallucination of a figure in the room that could be interpreted as a supernatural being. The idea that this could be a supernatural visitation is easier to understand when you think that when we believe in a phenomenon, we are more likely to experience it.

Consider what might happen if you were in a reputedly haunted house at night and you saw something moving in the corner of your eye. If you believe in ghosts, you might interpret what you saw as a ghost. This is an example of top-down perception in which what we see is influenced by what we expect to see. And, in the dark, where it might be difficult to see properly, our brain makes the best inference it can, which will depend on what we think is likely – and that could be a ghost.

According to the Dutch philosopher Baruch Spinoza, belief comes quickly and naturally, whereas scepticism is slow and unnatural. In a study of neural activity, Harris and colleagues discovered that believing a statement requires less effort than disbelieving it.

Given these multiple reasons for us to believe in ghosts, it seems that the belief is likely to be with us for many years to come.