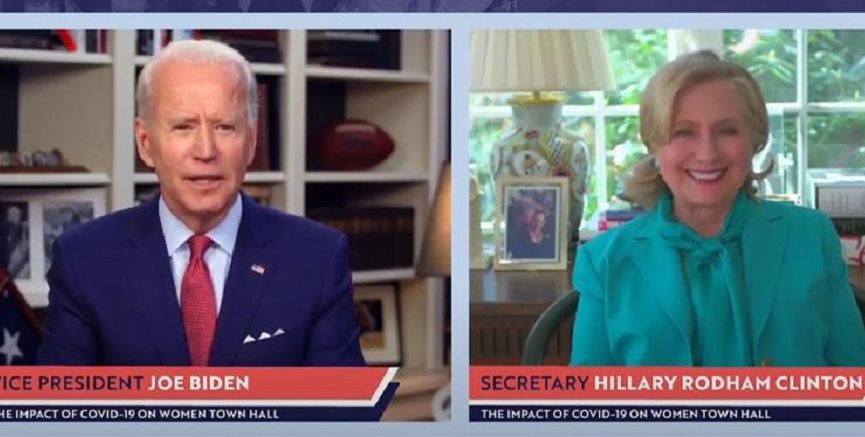 In both of the televised debates during the 2020 U.S. presidential campaign, President Donald Trump asserted that his opponent, former vice president Joe Biden, had referred to Black Americans as “superpredators.” In the first debate on Sept. 29, for example, Trump declared: “You did a crime bill, 1994, where you call them super predators. African-Americans are super predators and they’ve never forgotten it. They’ve never forgotten it.”

In the second debate, on Oct. 22, Trump stated: “Again, [Biden’s] been in government 47 years. He never did a thing except in 1994 when he did such harm to the Black community, and he called them super-predators. And he said it, ‘super-predators,’ and they have never lived that down.”

However, Trump appeared to have mistakenly conflated a remark made by Biden with one made years later by Hillary Clinton.

Back in 1993, when the Violent Crime Control and Law Enforcement Act was under consideration by Congress, Biden was chair of the Senate Judiciary Committee. A day before the Senate voted on that body’s version of that bill, Biden delivered remarks in support of the bill during which he said the word “predators” more than once, but he didn’t use the term “superpredator,” nor did he state he was referring to Black people:

Unless we do something about that cadre of young people, tens of thousands of them, born out of wedlock, without parents, without supervision, without any structure, without any conscience developing, because they literally have not been socialized, they literally have not had an opportunity … we should focus on them now. If we don’t, they will — or a portion of them will — become the predators fifteen years from now, and Madam President, we have predators on our streets that society has in fact in part because of [our] neglect created.

Over two years later, while delivering a Jan. 1996 speech at Keene State College in New Hampshire, First Lady Hillary Clinton spoke approvingly of the Violent Crime Control and Law Enforcement Act her husband signed into law. During that speech, Clinton used the term “super-predators” in reference to young gang members:

The first challenge is to take back our streets from crime, gangs, and drugs, and we have actually been making progress on this count, as a nation, because of what local law enforcement officials are doing, because of what citizens and neighborhood patrols are doing, we’re making some progress. Much of it is related to the initiative called community policing, because we have finally gotten more police officers on the street. That was one of the goals that the President had when he pushed the crime bill that was passed in 1994.

He promised a hundred thousand police, we’re moving in that direction, but we can see it already makes a difference because if we have more police interacting with people, having them on the streets, we can prevent crimes we can prevent petty crimes from turning into something worse. But we also have to have an organized effort against gangs, just as in a previous generation we had an organized effort against the mob

We need to take these people on. They are often connected to big drug cartels. They are not just gangs of kids anymore; they are often the kinds of kids that are called super-predators: no conscience, no empathy. We can talk about why they ended up that way, but first we have to bring them to heel, and the President has asked the FBI to launch a very concerted effort against gangs everywhere.

Although Clinton also hadn’t specifically referenced Black people when she used the term “super-predators,” her remarks were certainly construed to mean as much by some, and when she was running for president twenty years later, Clinton acknowledged that she shouldn’t have used that term:

In that speech, I was talking about the impact violent crime and vicious drug cartels were having on communities across the country and the particular danger they posed to children and families. Looking back, I shouldn’t have used those words, and I wouldn’t use them today.

My life’s work has been about lifting up children and young people who’ve been let down by the system or by society. Kids who never got the chance they deserved. And unfortunately today, there are way too many of those kids, especially in African-American communities. We haven’t done right by them. We need to. We need to end the school to prison pipeline and replace it with a cradle-to-college pipeline.

As an advocate, as First Lady, as Senator, I was a champion for children. And my campaign for president is about breaking down the barriers that stand in the way of all kids, so every one of them can live up to their God-given potential.