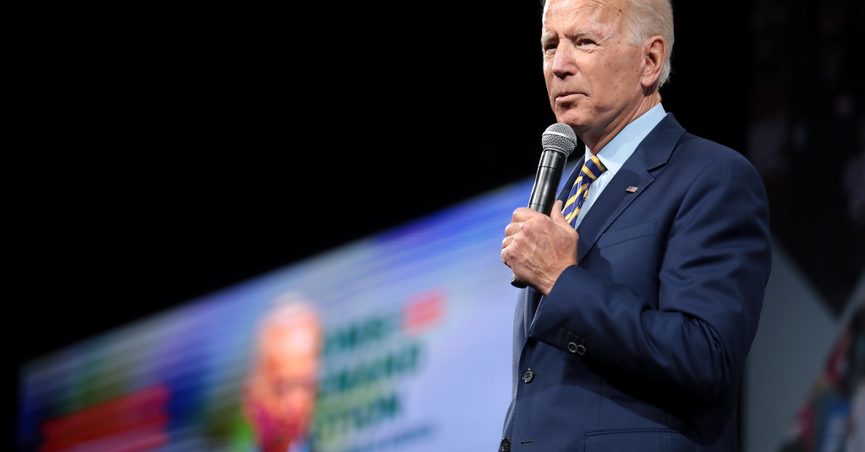 On Oct. 15, 2020, Democratic U.S. presidential candidate Joe Biden took questions during a town hall event aired on ABC News. At one point, Biden was asked by an audience member about the Supreme Court and the possible erosion of LGBTQ rights. As Biden answered, he mentioned something about his life that many viewers apparently found surprising: Biden said that he taught constitutional law for 21 years.

Biden, who received a law degree from Syracuse University in 1968, served as an adjunct professor at Widener University Delaware Law School, where he taught constitutional law classes for approximately 20 years. Biden was not, however, a full-time professor, which some viewers may have assumed from the former vice president’s comments about “teaching constitutional law for 21 years.”

A screenshot of Biden’s faculty member page that was archived from Widener University Delaware Law School’s website in 2008 shows that the former vice president started as an adjunct professor in 1991. While Biden truly taught classes on constitutional law at the school, we’re not entirely clear on some of the surrounding details. For instance, Biden was an adjunct professor, which essentially means that this was a non-tenured, part-time position. It’s also unclear how often Biden taught these classes.

In 2008, shortly after Biden became vice president of the United States, Widener published an article congratulating their colleague. That article noted that Biden taught a “seminar” on issues in constitutional law:

“This is an extremely big night for Delaware,” said Dean Linda L. Ammons, adding, “We are extremely proud of our colleague.” Vice President-elect and Delaware Senator Joseph R. Biden, Jr. has served as an adjunct faculty member at Widener Law, Delaware’s only law school, since 1991, teaching a seminar on issues in constitutional law.

As Election Day results rolled in late Tuesday night, it became clear that Senator Barack Obama of Illinois would be elected the 44th president, and that Biden would join him as Vice President. Biden’s class has always been one of the most popular seminars offered at Widener Law’s Delaware campus, and usually has a waiting list of students hoping that a seat will open. Senator Biden was also the commencement speaker at Widener University’s Chester campus in May 2006, and he received an honorary doctor of laws degree from the university in May of 2000. “If he is as good a Vice-President as he is a faculty member here, then the nation is in good hands,” noted Dean Ammons. Discussing Senator Biden’s future with the school, she declared, “He will just be on leave here, and I hope to see him back.”

Roll Call added some more details to Biden’s teaching history in an article published the same year. The Washington, D.C. news site reported that Biden taught a seminar called “Selected Topics in Constitutional Law” alongside professor Robert Hayman, and that he tried to be present for at least half of the Saturday morning classes.

While Biden’s day job as a senator may have prevented him for teaching at every class, his schedule grew even more hectic when he was chosen as then-presidential candidate Barack Obama’s running mate in 2008. In September of that year, The News Journal, a Delaware newspaper, reported that students were “pleasantly surprised” when Biden returned to school to teach his class: 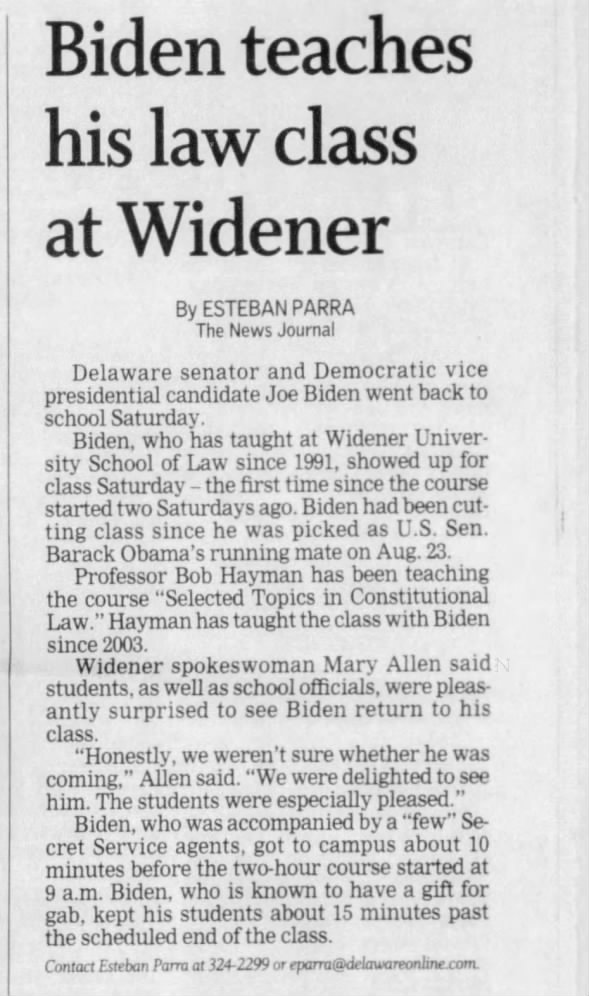 We reached out to the Biden campaign and Widener University Delaware Law School for more information about the former vice president’s time as an adjunct professor, and we will update this article if more information becomes available.