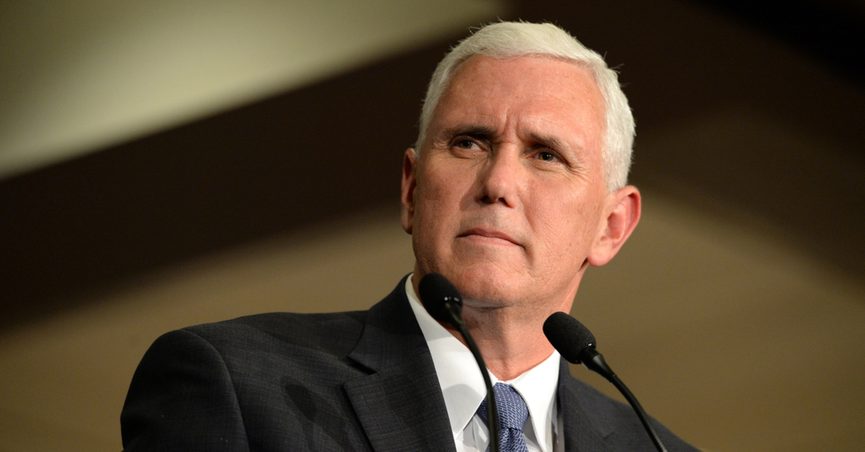 The allegation dates back to 2000, when Pence was running for Congress. His campaign web site at the time touted his call to add a stipulation to the Ryan White Comprehensive AIDS Resources Emergency (CARE) Act, a 1990 law providing funding for HIV/AIDS treatment for patients living with the disease lacking either the income or the necessary insurance to pay for it on their own:

Congress should support the reauthorization of the Ryan White Care Act only after completion of an audit to ensure that federal dollars were no longer being given to organizations that celebrate and encourage the types of behaviors that facilitate the spreading of the HIV virus. Resources should be directed toward those institutions which provide assistance to those seeking to change their sexual behavior.

Although he didn’t say so outright, the position has been widely interpreted as signaling Pence’s support for “gay conversion” therapy, which seeks to “cure” patients of being attracted to members of the same sex.

According to the American Psychological Association, electric shocks were one of the techniques used to address homosexuality through “aversion therapy” prior to the group’s decision in 1973 to stop classifying it as a mental disorder. By the time Pence made his statement regarding the Ryan White CARE Act, that group and several others, including the American Psychiatric Association, had rejected the practice:

Psychotherapeutic modalities to convert or “repair” homosexuality are based on developmental theories whose scientific validity is questionable. Furthermore, anecdotal reports of “cures” are counterbalanced by anecdotal claims of psychological harm. In the last four decades, “reparative” therapists have not produced any rigorous scientific research to substantiate their claims of cure. Until there is such research available, [the American Psychiatric Association] recommends that ethical practitioners refrain from attempts to changeindividuals’ sexual orientation, keeping in mind the medical dictum to first, do no harm.

The potential risks of reparative therapy are great, including depression, anxiety and self-destructive behavior, since therapist alignment with societal prejudices against homosexuality may reinforce self-hatred already experienced by the patient.Many patients who have undergone reparative therapy relate that they were inaccurately told that homosexuals are lonely, unhappy individuals who never achieve acceptance or satisfaction. The possibility that the person might achieve happiness and satisfying interpersonal relationships as a gay man or lesbian is not presented, nor are alternative approaches to dealing with the effects of societal stigmatization discussed.

“Conversion therapy” has been banned by law in five states (California, Illinois, New Jersey, Oregon, and Vermont) as well as in Washington, D.C. We contacted Pence’s office seeking comment on his stance regarding the issue but did not receive a response.

Republicans were hit with a similar accusation in July 2016, when their national platform included the phrase “We support the right of parents to determine the proper medical treatment and therapy for their minor children.”

When asked whether that statement represented support for “conversion therapy,” Republican National Committee chair Reince Priebus replied that “It’s not in the platform.”