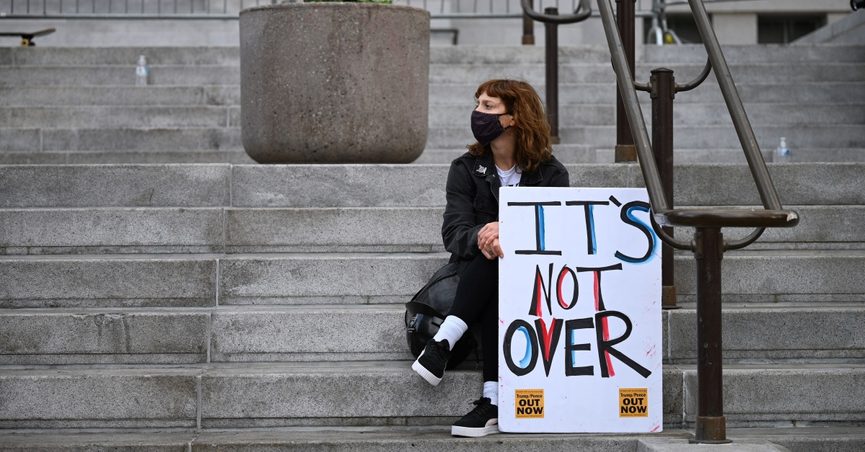 One of the many election fraud claims made by President Donald Trump in a desperate attempt to deny the results of the election he lost to Democratic challenger Joe Biden in 2020 was that he (Trump) won the state of Michigan (which he actually lost to Biden by 150,000 votes) — but voter fraud in the state was rampant, as supposedly evidenced by the city of Detroit’s recording a number of voters greater than the number of eligible voters living in that city:

“This election was rigged,” Trump told a group of Republican legislators from Pennsylvania by phone on [Nov 25]. “This election has to be turned around. We won all these swing states by a lot.”

In Detroit, there are FAR MORE VOTES THAN PEOPLE. Nothing can be done to cure that giant scam. I win Michigan!

As with many similar Trump claims about election fraud, this one was easily disproved by simply referencing the relevant statistics. According to the City of Detroit’s website, that area was home to 504,714 registered voters in 2020, of whom 250,138 (i.e., just less than half) cast ballots in that year’s general election: Furthermore, none of these voting statistics is inconsistent with the U.S. Census Bureau’s population estimates for Detroit.

As other reports noted, Trump appeared to be misunderstanding the concept of “out-of-balance” precincts, which had little to no effect on the outcome of the presidential race in Michigan:

Trump appears to be referring to “out-of-balance” precincts where the number of votes counted is slightly different from the number of voters checked into a polling place — but these mismatches are not evidence of fraud, and instead are usually routine errors like poll-workers incorrectly scanning voters’ names, failing to record spoiled ballots, or not noticing if a voter leaves the precinct without casting a ballot, city officials say.

Detroit has reported only 357 mismatched votes across all out-of-balance precincts, Mayor Mike Duggan said, which is less than 0.2% of the total ballots cast citywide.