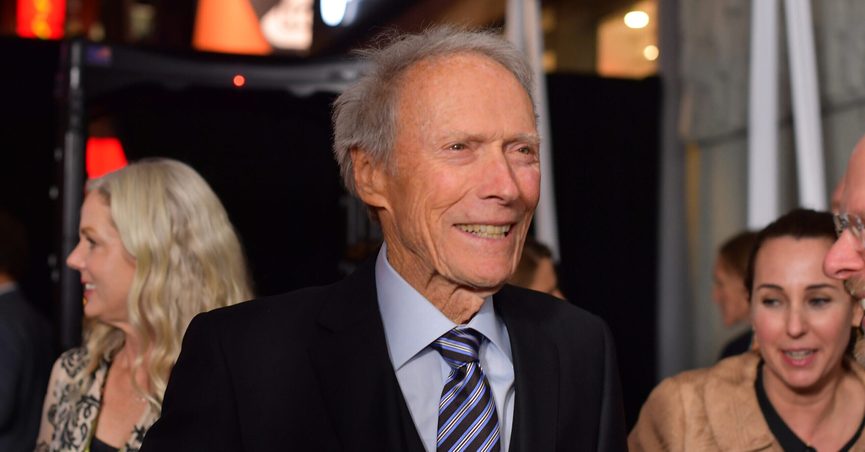 Clint Eastwood’s Academy Award-winning work includes four Oscars: Best Director and Best Actor in a Leading Role for both 1993’s “Unforgiven” and 2004’s “Million Dollar Baby.” Eastwood’s work spans decades, and some of his roles were uncredited. For example, he briefly appeared in 1995’s “Casper.” Also, since at least September 2020 he appeared uncredited in none other than an online advertisement that read: “Clint Eastwood’s Net Worth Left His Family In Tears.”

Of course, Eastwood had nothing to do with the dubious ad. Further, he was not dead. As of December 2020, Clint Eastwood was alive and filming a new movie during the COVID-19 pandemic. The 90-year-old actor was born on May 31, 1930.

The misleading advertisements that falsely claimed Eastwood’s net worth “left his family in tears” led readers to a seemingly endless, multi-page story on refinancegold.com. The headline for the slideshow-style article read: “Special Celebs & Their Incredible Net Worth.”

Clint Eastwood’s name finally appeared on page 225 after readers had clicked “Next” 225 times, right before the end of the story. The page included no mention of his family being left “in tears.”

Clint Eastwood is Hollywood’s 70’s star who has had a long and fruitful acting career in succeeding decades, mostly portraying rough-and-tough characters in Western settings. These days, he is one a highly accomplished director. He is best known for his roles in the Dollars Trilogy and Dirty Harry films. With a $375-million net fortune in his bank account from his long career as an actor, producer and director in show business, he will never need to ask for a loan in his life ever again.

We previously covered other misleading net worth advertisements for Alex Trebek, Sean Connery, Jaleel White, and Richard Gere. White and Gere were both still alive.

On the TrustPilot.com reviews website, a user named Paul H. posted a one-star review for refinancegold.com, the website that created the misleading Clint Eastwood advertisement:

Hurtful Misleading Ad to Draw You In

Their morally despicable ad to draw you to their website should warn you right off of having anything to do with this company. The hook was:
“Clint Eastwood’s Net Worth Left His Family in Tears” (accompanied by a pic of Clint looking distraught and at death’s door – the sort of pic we could all be caught with at the wrong time of the day).

I’m not particularly a fan of Clint Eastwood but as far as I know he’s very much alive and not going bankrupt any time soon. I’m sure he doesn’t need me to defend him, but this sort of ad is hurtful to those who love him, deceitful and without conscience.

Avoid this company like the plague, how far can you trust people who are willing to draw you in with that sort of ad?