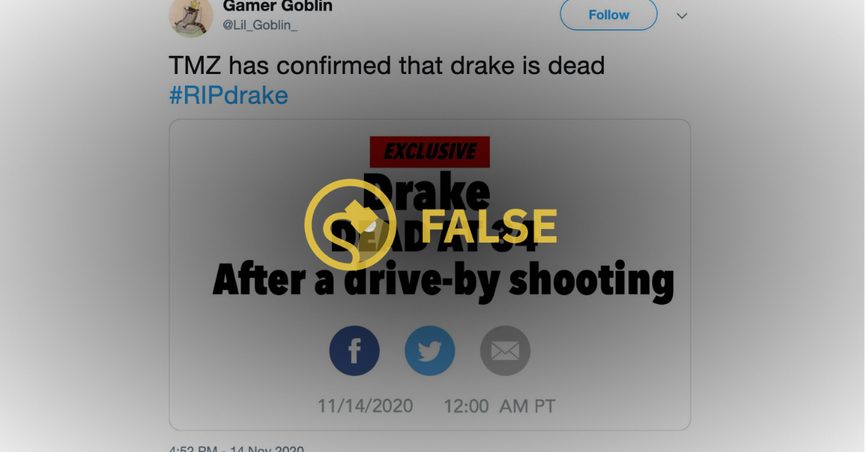 On the evening of Nov. 14, 2020, #RIPDrake rose to become the number one Twitter trend in the United States. However, it was not true that the rapper had passed away. Twitter pinned a message at the top of the #RIPDrake trend informing viewers that it was a death hoax: “No, Drake is not dead. The rumors arose after users began to share photoshopped images of articles saying the rapper had died”:

Some tweets shared screenshots of reports supposedly taken from TMZ and Genius. The fake TMZ headline read “Drake dead at 34 after a drive-by shooting.” The fake Genius headline, which may have been shared more widely, read: “Drake’s Family Releases Info Saying Drake Passed Away.” A number of tweets spread the rumor, while others reacted after finding out it was not true:

i saw #RIPDrake trending and had a fucking heart attack pic.twitter.com/qw1Kd97WqB