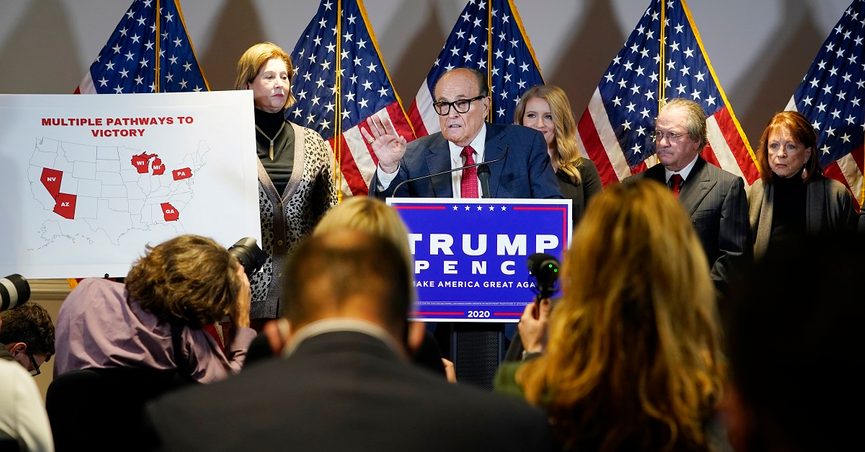 There seems to be a real disconnect between the claims of widespread fraud, a stolen election and illegal voting made by President Donald Trump and his allies and the actual claims formally made by his lawyers in court.

Both Trump in his Twitter feed and White House Press Secretary Kayleigh McEnany in her press conferences have made allegations of broad-based election fraud. But under questioning from judges in Arizona and Pennsylvania, Trump’s lawyers have backed away from actually asserting fraud. Despite Trump’s allegations to the contrary, his lawyers have acknowledged that they are not claiming that dead people voted or that occasional computer glitches were part of a deliberate conspiracy.

And a lawyer making fraud claims without evidence runs the risk that an impatient judge might dismiss an entire case, even if other, legitimate claims are being made.

When it comes to the election fraud claims, watch what the lawyers do, not what the politicians say.