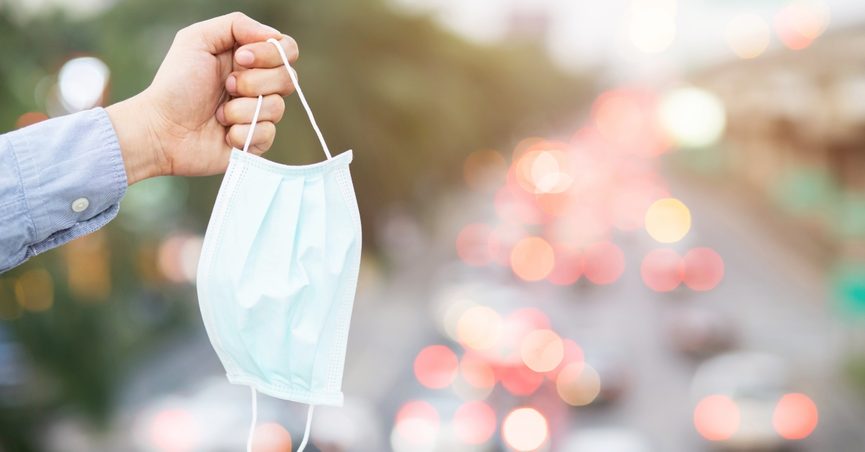 In the summer of 2020, we received multiple inquiries from readers about a collage of social media posts that appeared to show the public pronouncements of Ohio man Richard Rose. One image appears to be a screenshot of a Facebook post by Rose, vowing not to wear a face mask in the context of the ongoing coronavirus pandemic, while a later image appears to be a screenshot of his obituary, which states that he died on July 4 “due to complications of COVID-19.”

An Ohio man, Richard Rose, who said masks were "hype" in Facebook posts and who went to a crowded pool party in June, has died of COVID-19 coronavirus, his family and friends say: //t.co/nX35Uj1GLB pic.twitter.com/q1oy3LyTyB

The story was reported by national and international news outlets, and the collage of Rose’s Facebook posts was presented by some internet users as a stark warning for those who failed to take seriously the risk of spreading and contracting the virus, and in particular, the effectiveness of wearing face masks. However, some expressed skepticism about the story, claiming that Rose was a crisis actor, and that the circumstances of his death, and his earlier social media posts, amounted to a hoax.

But the posts and obituary were authentic. Richard Donald Rose III, known as Rick, died on July 4 after suffering complications from COVID-19, with which he was diagnosed three days earlier.  Two months earlier, he had indeed vowed not to wear a face mask, dismissing their use as “hype.” Three weeks before his passing, Rose did visit a holiday resort in Ohio, posting a photograph of a crowded swimming pool area there.

Rose’s obituary, which was published on the Legacy.com website, in the Sandusky Register, the Port Clinton Beacon, and on the website of Crosser and Priesman funeral home, stated the following:

“Richard Donald Rose, III, 37, of Port Clinton passed away Saturday, July 4, 2020 due to complications of Covid-19 at his home. He was born July 25, 1982 in Port Clinton. He graduated from Port Clinton High School. He served his country in the United States Army for nine years serving two tours in Iraq and Afghanistan. He enjoyed social media, online streaming, paranormal and his two cats Dale and Tucker. He was a fan of NASCAR, Dirt Track Racing and Georgia Bulldogs Football. Surviving are his mother and step-father: Tina and Kenny Heschel of Port Clinton; sister: Krystal Campbell of Genoa; brother: K. C. Heschel of Concord, NC; half-sister: Melissa Rose of Port Clinton. He was preceded in death by his grandparents: Carl and Marla Kessler, Cooper and Janice Heschel, Richard Rose, Mildred DeBlase…”

In the months leading up to his death, Rose posted to Facebook several observations regarding COVID-19, but the tone of the posts was not consistent throughout. In general, much of what Rose posted on the site was humorous, and some of his COVID-19-related posts kept the spirit of lightheartedness and mischievousness.

At one point, in early April, he appeared to be at the very least curious about the potential benefits of various kinds of face masks, but on the other hand, a meme he posted on May 18 promoted a baseless claim that policies requiring face masks to be worn were a precursor to mandatory Muslim dress codes.

Rose was clearly personally aware that COVID-19 was a real phenomenon. In March he noted in a Facebook post that his own cousin had tested positive for the disease, and he requested prayers and “positive vibes” on behalf of that cousin, who was in a medically induced coma at that time.

On other occasions, the content Rose posted to his Facebook profile suggested he was, in fact, cognizant of the potential for harm from the pandemic. In March, for example, Rose posted a meme that, although humorous, indicated he had existing immune deficiencies that could make him particularly vulnerable — a post that turned out to be tragically prescient. On April 23, he posted another humorous meme that appeared to mock plans to end economic and social lockdowns as being premature.

Some versions of the collage of Rose’s Facebook posts, shared widely after his death, included mention of him visiting the holiday resort of Put-in-Bay on South Bass Island in Ohio. Those screenshots were also authentic. Based on his Facebook posts, Rose appears to have visited the resort on June 6 and June 13. On the latter occasion, he posted a photograph of a crowded swimming pool, ironically adding that “It’s not that packed.”

The variety of tone in Rose’s observations about the pandemic was not properly reflected in many news reports and social media posts, some of which reductively portrayed him as being akin to a COVID-19 denialist. Nonetheless, on April 28, Rose did indisputably vow in a Facebook post that he would not buy a face mask, adding “I’ve made it this far by not buying into that damn hype”: Rose’s Facebook posts in his final days indicated a rapid decline in his health.

On July 1, he wrote that he had been tested for COVID-19 after feeling “very sick the past few days.”  Later the same day, Rose confirmed he had tested positive for the virus, and had been placed under quarantine for 14 days. Poignantly, he added, “Sucks because I had just started a new job.” The following day, he wrote ominously “This covid shit sucks! I’m so out of breath just sitting here.” Two days later, on July 4, Rose died at the age of 37.