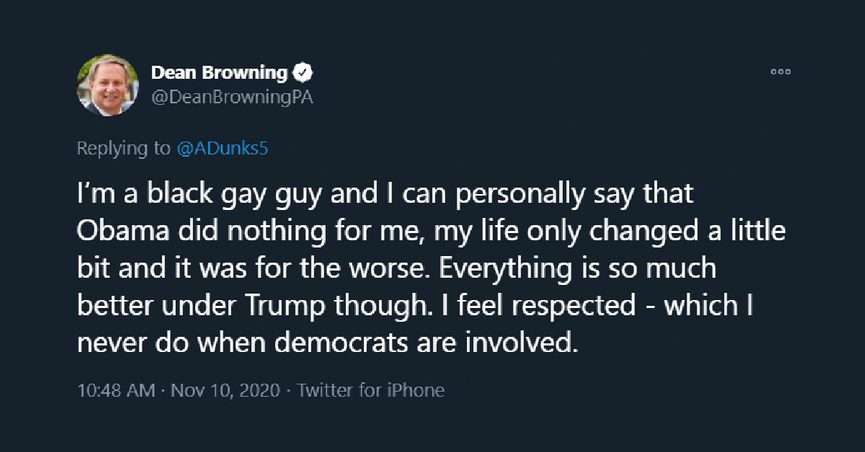 A tweet from former Lehigh County Commissioner Dean Browning led a handful of Twitter users to do a double-take. Earlier in 2020, Browning lost the Republican primary race for U.S. House Pennsylvania District 7. He described himself in his Twitter bio as: “A proud pro-life & pro-2A Christian conservative dedicated to enacting common sense solutions to Keep America Great.”

On Nov. 10, 2020, someone — presumably Browning — controlling his verified Twitter account tweeted: “I’m a black gay guy and I can personally say that Obama did nothing for me, my life only changed a little bit and it was for the worse. Everything is so much better under Trump though. I feel respected – which I never do when democrats are involved.”

The tweet came in response to another Twitter user who responded to one of Browning’s pinned tweets. Twitter users speculated that the “black gay guy” tweet was apparently to be meant to be issued from an alternate account controlled by Browning under the pretense of being a gay black man who supports U.S. President Donald Trump.