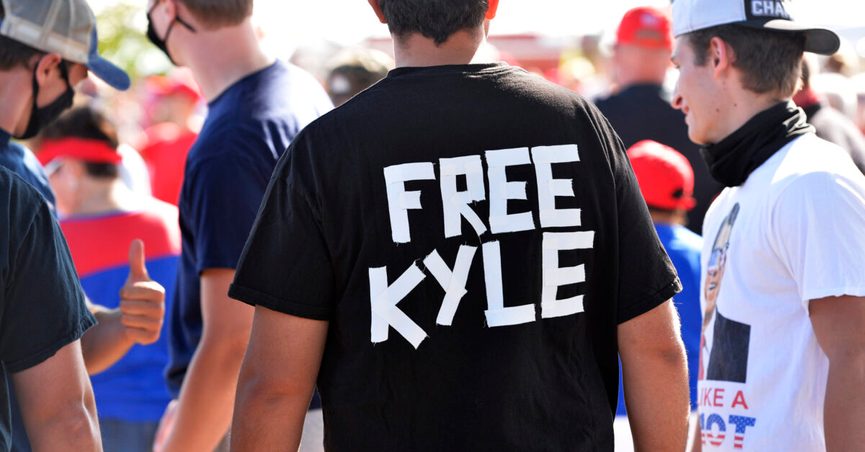 In attempt to justify the actions of Kyle Rittenhouse — the 17-year-old accused of shooting three people, killing two, with a military-style assault rifle during a protest on Aug. 25, 2020, in Kenosha, Wisconsin — Americans on the political right launched a grassroots effort to uncover any evidence to deny the shooting victims martyrdom among opponents.

The makeshift investigations revealed what hardline conservatives believed to be proof of criminal wrongdoing by the deceased — Anthony Huber, 26, and Joseph Rosenbaum, 36 —as well as by Gaige Grosskreutz, 26, who shot was shot in the arm and survived. One blog post alleged:

Anthony Huber was jailed for domestic violence. Joseph Rosenbaum was a pedophile. Gaige Grosskreutz was arrested and charged with burglary among other crimes […] are you really saying the backgrounds of these ‘peaceful protestors’ aren’t relevant to the discussion?

Ultimately, the focus on the victims’ backgrounds aimed to prove Rittenhouse’s actions defensible, and discredit an underlying belief by the political left: that the victims acted heroically, and were wrongfully targeted by the armed teenager at the protest.

And though the rumors about the shooting victims varied in severity and nature, many alleged this: Huber was a known offender of domestic violence and rapist; Rosenbaum had sexually abused children; Grosskreutz had been arrested on suspicion of multiple crimes, including felony burglary, and all three victims were convicted felons. Based on court records and inmate rosters, aspects of those claims were indeed accurate, while others were outright false.

The phenomenon is particularly prevalent when authorities kill non-white people; for example, conservative corners of the internet focused on Floyd’s alleged criminal background after his death, which sparked a civil rights movement, and the rapsheet of another Black man, Rayshard Brooks, after a white Atlanta police officer fatally shot him in a Wendy’s parking lot in June 2020.

Psychologists have said the strategy — whether intentional or not — of shifting focus away from questionable violence and onto the past unlawful behavior of victims makes it easy for people to subscribe to the “they had it coming” trope and justify deaths or injuries.

In response to that campaign, The Milwaukee Journal Sentinel released a statement on Sept. 1 in which it explained why the newspaper had not reported on the victims’ past legal records. The statement read:

There is no evidence so far that the backgrounds of the three victims — Anthony Huber, Joseph Rosenbaum and Gaige Grosskreutz — had anything to do with the clashes that led to the deaths of Huber and Rosenbaum and the wounding of Grosskreutz.

They are the victims of a shooting, and as far as we can tell their past legal records have no bearing on them being shot during a protest.

If more facts emerge that show their backgrounds are relevant to what happened that night in Kenosha, we would revisit our decision. For instance, if there is evidence that any of the victims’ backgrounds could have affected their interactions with Rittenhouse, or if he knew anything about them before the shooting.