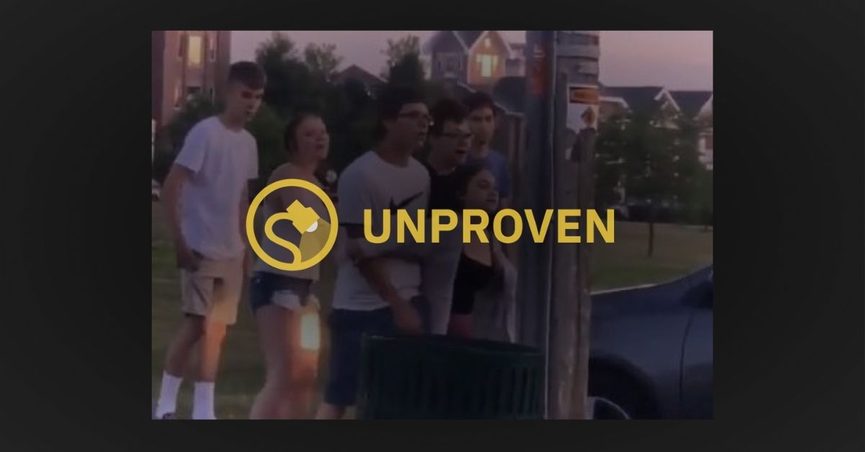 On Aug. 29, 2020, a video supposedly showing Kyle Rittenhouse — the 17-year-old accused of shooting and killing two people and injuring another during a protest related to the shooting of a Black man named Jacob Blake by police officers in Kenosha, Wisconsin — punching a woman. The video was widely circulated on social media:

New video of Kyle Rittenhouse the murderer. Here he is beating up a woman on camera. But yea he is a good kid because he was “ Cleaning up graffiti “ Get that shit out here. pic.twitter.com/KzxQmxwohn

Then, on Aug. 29, 2020, two videos started circulating on social media that supposedly showed Rittenhouse involved in a fight in Kenosha, Wisconsin. The videos were originally shared by Reese Granville and CJ Wakefield, two residents of Kenosha, and shows an altercation that took place about two months prior on July 1. Rittenhouse did not live in Kenosha, but he did live about 20 miles away in Antioch, Illinois.

At that point, the males filming — identified on Facebook as Reese Granville and Cj Wakefield, both of Kenosha — and several others jump out of their respective vehicles and run in.

Granville confirmed to The Journal Times the date and location of the fight. Videos on Facebook show that Wakefield also was at protests in Downtown Kenosha this past week. Both Granville and Wakefield have said, based on what they witnessed and recorded, that the person throwing punches in their videos is Rittenhouse.

Both of the individuals who posted videos of this fight identified the person in the red and blue shorts as Rittenhouse. However, it doesn’t appear that these individuals recognized Rittenhouse at the time, and only noticed the similarities when Rittenhouse made headlines following the shooting on Aug. 25, 2020. Granville, for example, told The Journal Times that he started filming when he noticed an altercation as he was driving by, and that he didn’t know what caused the fight:

Granville told The Journal Times in a message that he doesn’t know what led to the fight. He said he was just driving past, saw what was going on and started recording.

Comparing visuals from the video and known photographs of Rittenhouse also seems to show that this is the same person. Of course, more than one person can own the same style of shoe, and identifying a person based solely on visual comparisons isn’t always accurate.

To sum things up, videos taken in July 2020 appear to show Rittenhouse punching a woman during an altercation in Kenosha, Wisconsin. Both videographers identified Rittenhouse as the man in the red and blue shorts. However, this identification appears to be based on visual comparisons and circumstantial evidence, so while this video most likely shows Rittenhouse, we can’t say with certainty that this isn’t another person who resembles the 17-year-old accused of shooting and killing two people at a protest.