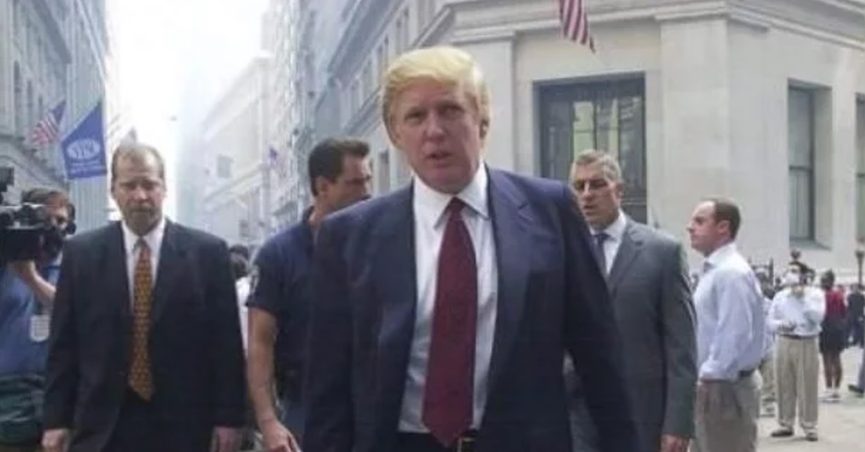 On 11 September 2018, our readers asked for verification of a meme circulating on social media that reported Donald Trump had helped with search-and-rescue efforts in the rubble of the Twin Towers after the 9/11 terrorist attacks 17 years prior: “2 days after the September 11th attacks Donald Trump was at ground zero with hundreds of workers that he payed for to help find and identify victims. Share this photo to remind people exactly what kind of American our President is!” Although the image used in the meme above was taken on 18 September 2001 outside the New York Stock Exchange, the meme reflects comments Trump made two days after the attack, when he told an interviewer for a German television station about his efforts to help:

Well I have a lot of men down here, right now. We have over 100 and we have about 125 coming. So we’ll have a couple of hundred people down here. And they are very brave and what they’re doing is amazing. And we’ll be involved in some form in helping to reconstruct.

It’s not the first time Trump’s accounts of his experiences in New York related to the 11 September terrorist attacks have been called into question.

In the lead-up to the 2016 presidential election, some critics cited a TIME magazine report that placed Trump in Chicago at the time of the attacks — but that was due to an error in the report. For his part, Trump claimed at a campaign rally in 2015 that he watched from his apartment in Trump Tower as people jumped from the burning WTC buildings to their deaths, but multiple news organizations pointed out that would have been an impossibility because Trump Tower is four miles away from Ground Zero:

I have a window in my apartment that specifically was aimed at the World Trade Center, because of the beauty of the whole downtown Manhattan. And I watched as people jumped, and I watched the second plane come in

Trump also famously but falsely claimed repeatedly that he witnessed Muslim Americans in New Jersey celebrating as the WTC buildings came down: