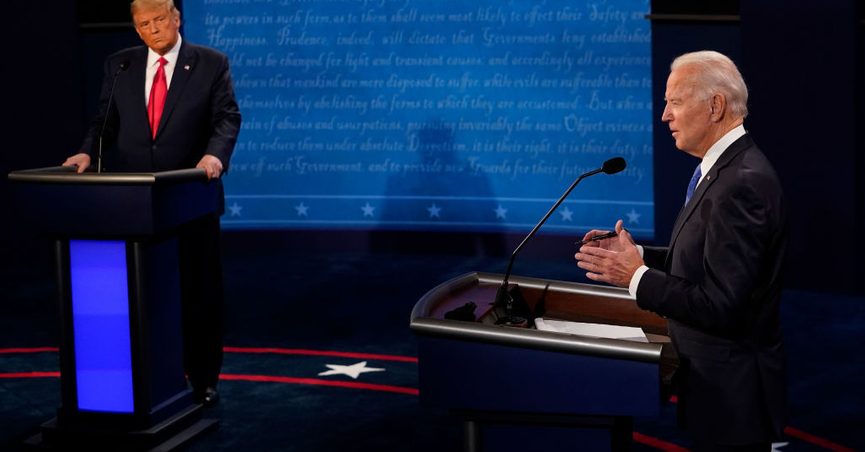 If U.S. Democratic nominee Joe Biden wins the presidential election on Nov. 3 or, as happened to President George W. Bush in 2000, his victory over President Donald Trump is confirmed several weeks later, it will signal the beginning of a presidential transition — a precarious and often hectic period, lasting less than three months and occurring every four or eight years, during which the democratic norms and traditions of the United States are at their most vulnerable.

As some observers have pointed out, a Trump-Biden transition could pose unique problems, not least of which is the fact that the incumbent has repeatedly declined to commit to accepting the results of the election, if he loses, as well as facilitating a peaceful transfer of power.

However, assuming for now that the theoretical possibility of an unprecedented constitutional crisis is not realized, how exactly do presidential transitions work? What are the various participants required to do, by law? And what are some of the interregnum traditions that have emerged in recent decades?

If the incumbent does not win the election, or is not running for reelection, the transition between presidencies begins once the result of the election is known (typically election night) and continues until Inauguration Day. This time around, that would mean 78 days between the Nov. 3, 2020, election and the Jan. 20, 2021 inauguration. If we don’t know the result until later, as was the case in 2000, then the transition will be shorter.

Assuming, again, that the United States is not thrust into a full-blown constitutional crisis, it will be intriguing to observe the outgoing Trump administration’s comportment toward their successors, and how it compares with recent occupants of the Oval Office.

In recent years, outgoing presidents have placed an emphasis on civility and encouragement toward their replacements. In 2017, departing President Barack Obama reportedly left a lengthy note for President-elect Trump, writing: “Millions have placed their hopes in you, and all of us, regardless of party, should hope for expanded prosperity and security during your tenure.”

Obama was perpetuating a modern tradition that, according to presidential historian Mark Updegrove, began with Reagan and was cemented, in difficult circumstances, by George H.W. Bush. In 1993, after failing to secure a second term in office, Bush left the victorious President Bill Clinton a handwritten note in which he famously wrote, “Your success now is our country’s success. I’m rooting hard for you.”

In 2009, President George W. Bush continued the tradition, leaving a note for Obama that read:

There will be trying moments. The critics will rage. Your “friends” will disappoint you. But, you will have an Almighty God to comfort you, a family who loves you, and a country that is pulling for you, including me. No matter what comes, you will be inspired by the character and compassion of the people you now lead.

By all accounts, the Bush-Obama transition was executed with an exemplary level of civility and cooperation. Martha Joynt Kumar, an academic, writer, and expert on the transition of power, called the 2008-09 interregnum “the best in anyone’s memory.”

The transition between Clinton and Bush, however, was cut short by the Florida recount, with Bush’s victory over outgoing Vice President Al Gore not finalized until nearly five weeks after Election Day. It was also marred by allegations, some of which were later substantiated, that departing Clinton administration staff had vandalized offices in the White House complex.

The U.S. General Accounting Office investigated the allegations and, in a 220-page report, found that the letter “W” had been removed from several keyboards (a reference to Bush’s middle initial and nickname “Dubya”); several desk drawers had been glued shut; and stickers had been found with the slogan “Jail to the thief,” a common refrain among critics of Bush at that time, who claimed he had “stolen” the 2000 election from Gore.

Even then, Clinton himself upheld the traditions of civility and collegiality that had been passed down by the elder Bush, leaving behind a handwritten note that read:

“You lead a proud, decent, good people. And from this day you are President of all of us. I salute you and wish you success and much happiness.”

It remains to be seen whether Trump, who has made relentless personal attacks upon Biden and his family during the course of the 2020 campaign, will leave behind a note of his own, or whether Biden, who has denounced Trump as a “clown” and a “racist,” would have any interest in reading it.