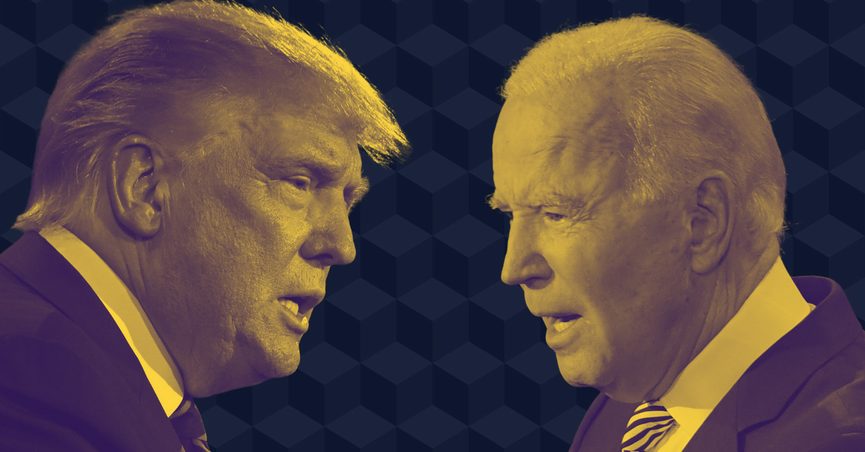 In the aftermath of the 2020 U.S. presidential election — as a handful of key states determined whether the country’s popular vote went in favor of U.S. President Donald Trump or Democratic rival Joe Biden — social media users questioned what would happen if a losing candidate did not concede to the winner. According to news reports, no losing candidate has refused to concede in modern American history.

Voters concerns were, in part, fueled by Trump suggesting that he wouldn’t accept the race’s outcome if he loses, and by the lawsuits his campaign filed attacking the integrity of ballot counting in key battleground states.

As of this writing on Nov. 6, neither candidate had secured the plurality of the popular vote in a handful of states by most statisticians’ standards, a step in the election process that triggers a series of constitutionally mandated procedures before the next presidential term officially begins.

Biden’s team has said it would “escort” Trump and his allies out of the White House, should Biden win the process and Trump refuse to leave, come January.

“The American people will decide this election. And the United States government is perfectly capable of escorting trespassers out of the White House,” campaign spokesperson Andrew Bates said in a statement to media.

Below, we outline the steps of the elections process after the popular vote shows a winner, no matter if a losing candidate concedes.

What Happens After Media Declare a Winner?

With a concession or not from the losing candidate, state officials at polling sites nationwide continue to count remaining ballots over the course of days or weeks according to their respective rules.

In other words, whether a ballot is counted on election night or in the days afterwards, once it is cast and counted in accordance with the law, it must be counted.

Then, state executive authorities certify the elections results and governors prepare a “Certificate of Ascertainment” that lists the names of the state’s chosen electors.

That would mean if Trump won the popular vote in Arizona, for example, (which had not happened as of this report) that state’s slate of Republican electors would appear on the certificate and cast the official vote for president. Likewise, if Arizona’s ballot results went in Biden’s favor, the certificate would list a separate group of people — electors who pledged to vote for the Democratic presidential candidate — would send their vote for president to Washington, D.C.

Who Are People in the Electoral College?

The Constitution offers very few provisions governing the qualifications of electors and what rules they must follow.

As a result, states have established their own rules for picking electors, and the two major political parties — Republicans and Democrats — often choose their slate at conventions or via a vote of the party’s central committee. Per the National Archives, an independent agency of the U.S. government that oversees historical records and documents:

Political parties often choose individuals for the slate to recognize their service and dedication to that political party. They may be State elected officials, State party leaders, or people in the State who have a personal or political affiliation with their party’s Presidential candidate. (For specific information about how slates of potential electors are chosen, contact the political parties in each State.)

It was within the process of choosing electors or sending their votes to Washington, D.C., that elections experts were preparing for the Trump campaign or Republican supporters to intervene, should he not concede or accept the results of the country’s widely publicized popular vote.

Read here for how Congress would decide the outcome of the 2020 election, pending what happens with the Electoral College.

Can Electors Defy the Popular Vote?

Yes, it’s possible — though a rare occurrence throughout history.

Neither the Constitution, nor federal law, requires electors to vote according to the results of the popular vote.

On rare occasions throughout American history, electors have gone against their pledge to their party and voted for someone other than its chosen candidate. Political scientists call them “faithless electors,” and their motivations to change political allegiances vary. Russell Wheeler of the Brookings Institution wrote of the phenomenon:

Faithless electors have never changed an election outcome. But in this chaotic election year, their potential to disrupt the presidential election may loom larger. As a further twist, state legislatures in battleground states might try to replace state-certified electors with alternative slates of faithless-elector equivalents. […]

So to “constrain” electors’ behavior, as Wheeler put it, states have established laws for governing electors’ actions.

In addition to the District of Columbia, 33 states, for example, require electors to vote for whichever candidate won the popular vote, according to FairVote, a nonpartisan voter-rights advocacy organization. However, the majority of those laws (in 16 states plus Washington, D.C.) do not create penalties or any mechanism to stop electors from going against their pledges.

Meanwhile, five states do lay out punishments for faithless electors, and some states’ laws allow for the party designees to be replaced with someone new.

What’s the Timeline for Electors To Vote?

Parties must officially designate their state’s electors for the “Certificate of Ascertainment” by early December, per Wheeler’s analysis.

After that, the groups meet in their respective state capitals to cast official votes for president. By that point, as Wheeler wrote, each state has presumably replaced faithless electors or accepted that they will go against their pledge.

The latter scenario happened after the 2016 presidential election between Trump and Democratic candidate Hillary Clinton. Several Democratic Party electors in Washington state went against their pledge and voted for former U.S. Secretary of State Colin Powell in the official tally, and a Democratic elector in Colorado voted for former Ohio Republican Gov. John Kasich. They were replaced or fined, and the U.S. Supreme Court upheld the state laws that sanctioned the repercussions.

In the end, after electors cast official votes at state capitals, state officials send those results to the president of the Senate, who, in 2020, was Vice President Mike Pence. Then, on Jan. 6, the electoral votes are counted and certified in front of the newly convened Senate and House of Representatives.