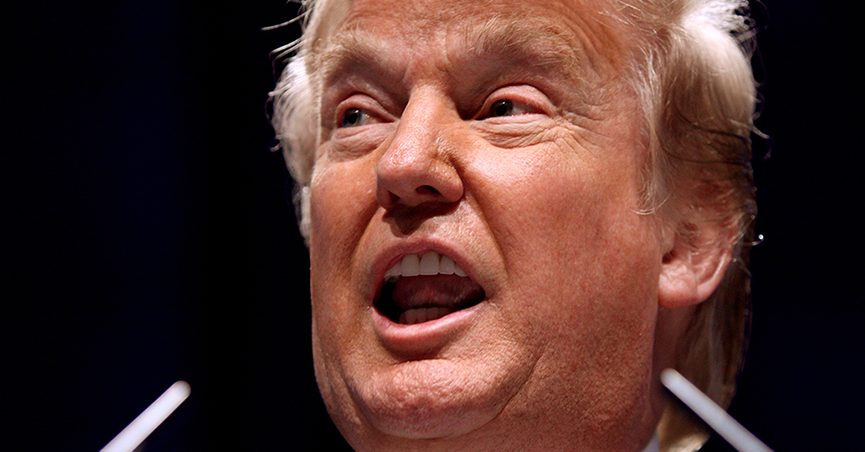 In mid-November 2020, while U.S. President Donald Trump was still contesting the outcome of a presidential election that every credible information source was projecting had been won by challenger Joe Biden, social media users began referencing a purported report from One America News Network (OANN) documenting that Trump had in fact scored a landslide 410-128 electoral vote win over Biden: This rumor referenced a claim that computer servers belonging to the Dominion Voting Systems and/or Scytl Secure Electronic Voting companies had supposedly been seized by the U.S. Army in Frankfurt, Germany, and the served data showed that Trump had actually won a landslide victory in the Nov. 3 election. The rumor was one no reliable news outlet gave any credence to, but nonetheless, the far-right, pro-Donald Trump OANN cable channel devoted some airtime to it, as narrated by U.S. Rep. Louie Gohmert of Texas:

The raw data in the server seized by the US military shows Trump won by a landslide 👇🏻👇🏻👇🏻 410!!!!//t.co/Y7qP2PeIpf @realDonaldTrump @RudyGiuliani @DelRichAnderson @VA_GOP, VOID all results in landslide states and declare the R-candidates winners!! pic.twitter.com/5UpvHZDiEE

Gohmert admitted that his information about the alleged server raid came from a “German tweet in German,” acknowledging that “I don’t know the truth.”

Indeed, the claim echoed by Gohmert was a completely fabricated one. In response to that rumor, Scytl noted that they had no servers or offices in Frankfurt, nor had anything of theirs been seized from them by the U.S. military:

Likewise, the Associated Press reported that Dominion has no connection to Scytl, does not store voting data on servers in Germany, nor was its property targeted by the U.S. military for seizure:

Scytl and Dominion do not have ties to one another, according to statements from both companies.

“There is no truth whatsoever to the claims,” a Dominion spokesperson wrote in an email when asked if the company stored data on servers in Germany and if it was aware of a U.S. military operation to seize those servers.

The claim is the latest in a series of false assertions about Dominion Voting Systems that have circulated since the election, including the meritless theory that the company’s voting machines deleted or switched Trump votes.

All reliable sources have reported that Democratic challenger Joe Biden in fact won the 2020 presidential election with a total of at least 290 electoral votes, and mythical computer servers in foreign countries haven’t changed that outcome: