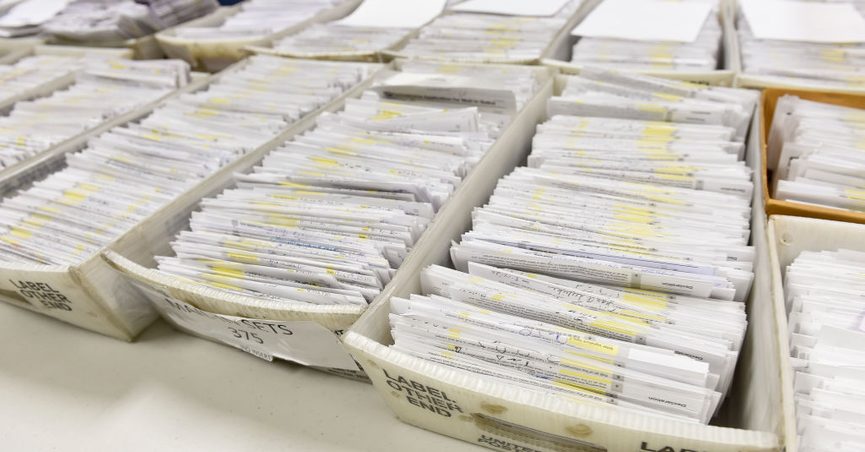 Nine discarded ballots in Luzerne County turned into a media spectacle when the U.S. Attorney’s Office for the Middle District of Pennsylvania made public a Sept. 24, 2020, letter to election officials there, stating that all of the nine ballots were votes for U.S. President Donald Trump in the general election.

The messaging about the ballots from the office of U.S. Attorney David Freed prompted strong backlash from former Department of Justice (DOJ) employees for its partisan nature and for breaking from DOJ norms about not commenting on ongoing investigations.

The story was used to bolster unfounded claims by Trump and his supporters that mail-in ballots are prone to widespread fraud.

For example, Matt Wolking, a spokesman for the Trump campaign, tweeted that the ballots were evidence that,in his words, “Democrats are trying to steal the election.” He later deleted the tweet. White House spokeswoman Kayleigh McEnany said, “I can confirm for you that Trump ballots — ballots for the president were found in Pennsylvania,” while claiming that mail-in voting is subject to fraud.

“Law enforcement has to be partisan-neutral and cannot be the engine of a campaign,” Levitt told us. “U.S. attorneys are the voice of the residents of their district in federal law enforcement. They are what the name ‘United States attorney’ says. They’re not partisan attorneys, they’re not personal attorneys. They have an obligation to be relentlessly neutral, and this was anything but that.”

Questions about discarded ballots in Pennsylvania coincided with an online hoax which falsely claimed that photographs showed ballots in California in a landfill. As we reported, the images showed “empty envelopes from the November 2018 election that had been disposed of as allowed by law.”