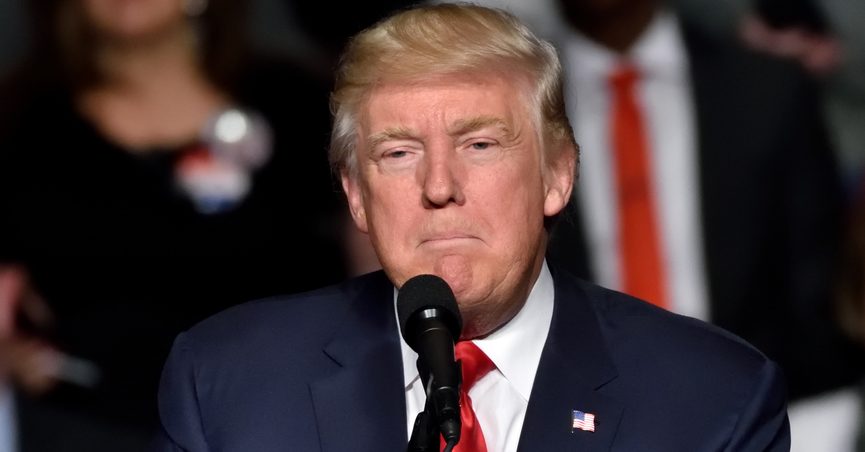 Since January 2019, claims have circulated online that U.S. President Donald Trump has had to deal with multiple accusations that he raped children aged 13 and younger, paying out at least $35 million to settle most of those claims and ensure the silence of his victims: This meme contains one nugget of truth: A woman using the pseudonym “Katie Johnson” has twice filed a civil lawsuit accusing Trump and billionaire Jeffrey Epstein of having sexually abused her at parties held at the Manhattan homes of Epstein and Trump in 1994, when she was just 13 years old. However, her first complaint was dismissed by the court and the second was voluntarily withdrawn by Johnson, so the case is not “pending,” and no evidence has ever been offered in court to support Johnson’s allegations.

Aside from that, everything else included in the meme appears to be nothing but sensationalistic fabrications.

Information about the six entries listed after Johnson in this meme — children ranging from ages 10 to 13 who were supposedly raped by Trump but paid off by Trump’s “fixer” to remain silent — all stem from a single source: a Jan. 14-15, 2019, post from the Wayne Madsen Report (WMR), a blog published by a notorious conspiracy monger who has been described as an “Utterly deranged nutter with a mind unclouded by facts, evidence, or reason, who at least lets his bigotry shine through rather clearly in his ravings about world politics”:

Here are a few of Wayne Madsen’s greatest scoops: Norwegian terrorist Anders Breivik was an Israeli agent who murdered 69 people on behalf of his handlers in Tel Aviv. The attacks of 9/11 were masterminded in Israel and Washington, D.C., as a “false flag” operation. The 2000 terrorist attack on the USS Cole was also a “false flag” operation, executed by — you guessed it! — the Israelis.

When not mumbling about the perfidious Jews, Madsen is enlightening readers on President Obama’s gay past (he wore “clear nail polish” and was a habitué of Chicago bathhouses), speculating that a “White House S&M ring order[ed] special videos from Abu Ghraib,” and reporting that President Bush’s “feces and urine are classified top secret” and “captured” from special toilets and “flown back from Europe.”

The key passage from the referenced WMR article is the following:

Donald Trump continues to lash out at his former lawyer and “fixer,” Michael Cohen, as the February 7 public testimony by Cohen before the House Oversight and Government Reform Committee, chaired by Representative Elijah Cummings (D-MD), draws nearer.

Cohen said he wants to “give a full and credible account of the events that have transpired.”

While Cohen will avoid certain subjects still under investigation by Department of Justice special counsel Robert Mueller, he may provide some insight into the types of embarrassing things he “fixed” for Trump, before they ended up in scandalous court trials. This may include Cohen assisting Trump in paying off victims of Trump’s sexual assaults over the years.

The cases go way beyond those widely reported in the mainstream press, WMR reports. They also go beyond cases that involve women and adults. They indicate Trump has a disturbing taste for children:

This recounting presents a common, highly implausible trope used in the promulgation of wild conspiracy theories for which evidence is completely lacking: the unidentified (and therefore unverifiable) source who is in unique possession of secret information of monumental importance, but who does nothing with that information other than “leak” it to a marginal, disreputable website. Or, as the Encyclopedia of American Loons sarcastically observed, “Madsen knows a remarkable number of unidentified people who just happen to overhear or be told extremely secret information.” (Madsen had not yet responded to our request for comment at publication time.)

The scenario posited above also possesses a serious flaw: Although parties to civil lawsuits can (and frequently do) settle claims prior to trial, and those settlements often contain confidentiality provisions that preclude the disclosure of their terms, those confidentiality provisions do not eradicate all evidence of the underlying lawsuits from the public record. The original complaints, responses, demurrers, motions, and any other paperwork filed with the court in conjunction with those cases prior to settlement would remain extant and accessible. Yet no one has managed to turn up any documentation of even a single one of these purported cases against Trump.

Of course, it’s also possible to make accusations, claims, or demands against a party and reach settlement of them without resorting to filing lawsuits first. But that scenario would require us to believe, incredibly, that at least six different children between the ages of 10 and 13 reported that they had been raped by Trump, but not a single parent in any of those cases submitted a police report or criminal complaint, sought redress in civil court, or ever spoke publicly about their child’s experience — every single one of them simply approached Trump privately and demanded large sums of money from him to keep quiet, and he complied.

Moreover, the notion that all of these cases involved private out-of-court settlements is undercut by the meme’s concluding statement: “In court, Trump was diagnosed as #65.4 ‘Pedophilic Disorder’ from DSM-5 Diagnostic & Statistical Manual of Mental Disorders.” If something happened “in court,” then a record of those proceedings would exist somewhere.

Additionally, now-disbarred Lawyer Michael Cohen did not begin working for Trump until 2006, many years after the alleged wrongful sexual behavior on Trump’s part occurred in all but one of the listed cases. Settlements would not necessarily have had to occur immediately, but again this scenario would require us to believe that all the parents of five young children who reported having been raped by Trump waited anywhere from 8 to 29 years to effect settlement of those matters, without pursuing any other course of action or publicly speaking up in the meanwhile.

Altogether this meme offers one claimed — but as yet unproved — accusation of sexual misconduct against Trump, along with several dubious alleged accusations for which there is no evidence whatsoever outside toxic online conspiracy circles.