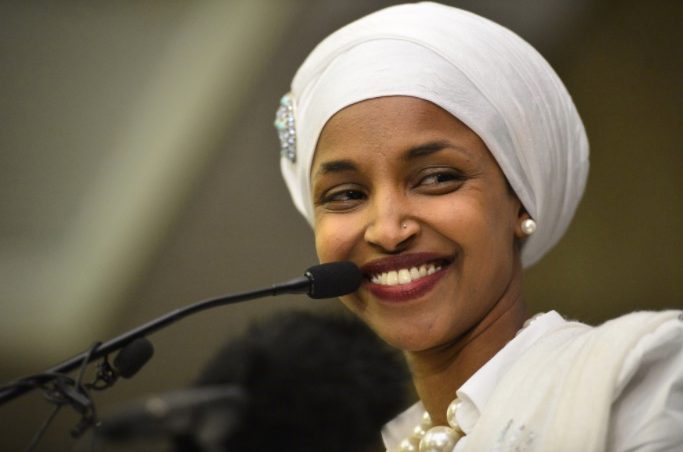 Videos released by the conservative activist group Project Veritas in the weeks leading up to the November 2020 U.S. general election accuse U.S. Rep. Ilhan Omar, D-Minn., of being connected to a so-called cash-for-ballot harvesting scheme, but lack evidence to support this accusation.

“Our sources inside the Somali community here [in Minneapolis] allege that the architect of this pay-per-vote scheme is none other than U.S. Congresswoman Ilhan Omar,” Project Veritas head James O’Keefe announced dramatically in the opening of the Sept. 28 video.

The videos fed into the unfounded narrative promoted by U.S. President Donald Trump and his political allies that mail-in voting is prone to widespread fraud. Mail-in voting is expected to be key in the 2020 general election because of governmental restrictions in place due to the COVID-19 pandemic.

Additionally, we note that what are presented as the most incriminating aspects of what the man states sound like audio clips taken out of a recording of a longer conversation.

We also note that our efforts to independently verify the accuracy of the Somali-English translations produced by Project Veritas have so far been unsuccessful. We asked McCabe who translated but didn’t receive an answer.

“So the question is, what the does attorney general of Minnesota have to say about this,” O’Keefe said at the end of the first video. “What does the County Attorney, here in Minneapolis, what is he going to do about this? And finally, what is the Attorney General of the United States, William Barr intend to do?”

We reached out to the Minnesota Attorney General Keith Ellison’s Office but were told that the office wouldn’t have jurisdiction over any potential cases stemming from the videos — the Hennepin County attorney would.

The Hennepin County Attorney’s Office said in a statement that it hasn’t received any criminal complaints alleging illegal ballot harvesting this year.

The county prosecutor’s office said the Minnesota legislature has “designated local police departments as the agency responsible for investigating those types of allegations,” in regards to ballot and election-related criminal allegations. The police would then send their investigation to the county attorneys offices to consider potential charges.

According to the Hennepin County Attorney’s Office, “If Project Veritas has evidence of election law violations, they should provide it to the Minneapolis Police Department.”

McCabe stated that Project Veritas is a “newsgathering organization. We publish the news and it is up to law enforcement to decide if they want to investigate a story for criminal activity.”

The statement from the Hennepin County Attorney’s Office also noted this detail:

Minneapolis Police spokesman Sgt. John Elder pointed us to a brief statement on the subject released by the department.

“The MPD is aware of the allegations of vote harvesting,” the statement reads. “We are in the process of looking into the validity of those statements. No further information is available at this time on this.”

A spokeswoman for the FBI said in an emailed statement that in keeping with the Bureau’s standard practice, it would neither confirm nor deny any investigation.

Our research didn’t uncover any credible evidence backing up the claim that Omar is guilty of participating in, or being the “architect” of, illegal ballot harvesting or election fraud.

We weren’t able to corroborate accusations of any potential wrongdoing by anyone featured in the videos, nor have we seen evidence of an alleged widespread voter fraud scheme targeting the Somali community in Minneapolis