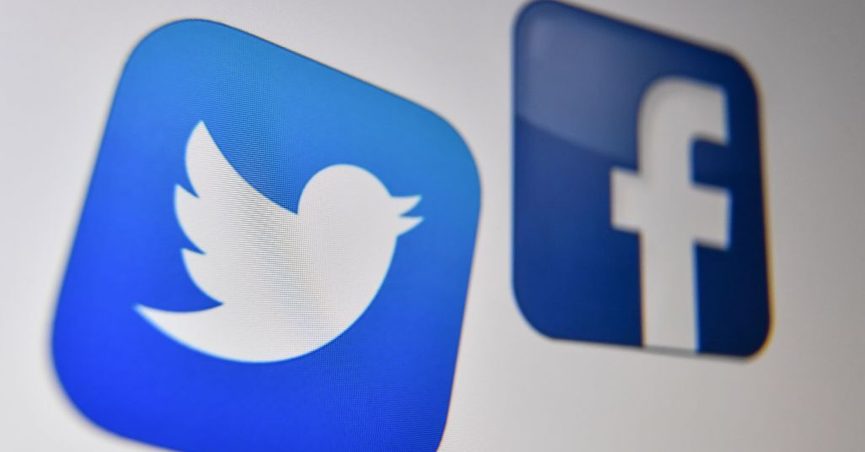 The action taken by Twitter on Trump’s tweet was a sign that the free-wheeling days of 2016, when armies of Russian government-controlled social media bots and trolls, political personalities, and media outlets, amplified misinformation in a campaign to influence the U.S., were over.

The warning applied to Trump’s tweet contains a link to Twitter’s civic integrity policy which states in part:

You may not use Twitter’s services for the purpose of manipulating or interfering in elections or other civic processes. This includes posting or sharing content that may suppress participation or mislead people about when, where, or how to participate in a civic process. In addition, we may label and reduce the visibility of Tweets containing false or misleading information about civic processes in order to provide additional context.

Facebook’s policy states that the platform is prohibiting claims in ads that prematurely declare electoral victory and ads that, “Attempt to delegitimize the election because the result cannot be determined on the final day of voting and/or before ballots are lawfully counted.”

Getting the final election results this year may take longer than previous elections due to the pandemic and more people voting by mail. So we’re preparing a range of policies and products to keep people informed and prevent the spread of misinformation.

For example, when polls close, we will run a notification at the top of Facebook and Instagram and apply labels to candidates’ posts directing people to the Voting Information Center for more information about the vote-counting process. But, if a candidate or party declares premature victory before a race is called by major media outlets, we will add more specific information in the notifications that counting is still in progress and no winner has been determined.

On Election Day, Facebook said posts promoting “poll watching” activities “when those calls use militarized language or suggest that the goal is to intimidate, exert control, or display power over election officials or voters” are also not permitted.

Once polls close, Facebook said it will keep users informed of the ballot counting process:

“If presidential results aren’t known for days or weeks, we will help people understand the ongoing process with notifications at the top of Facebook and Instagram, facts about voting from the Bipartisan Policy Center and curated news in News Feed and the VIC.”

“Tweets meant to incite interference with the election process or with the implementation of election results, such as through violent action, will be subject to removal. This covers all Congressional races and the Presidential Election.”

Linvill said that despite the platforms’ efforts, disinformation that doesn’t break the law or violate rules can still easily spread. RT and Sputnik, another Russian government-owned outlet, still spread disinformation online. And followers of the dangerous QAnon conspiracy theory still thrive on the platforms, despite recent enforcement actions against it.

“The flip side [to the social media platforms’ efforts] is that there are a lot more bad actors than there used to be,” Linvill said. “In 2016 it was just the Russians and a few outliers. Now you’ve got Russian, Cuban, Chinese, a lot of Iranian [influencing efforts]. And, just a whole bunch of domestic stuff. We’re our biggest problem.”