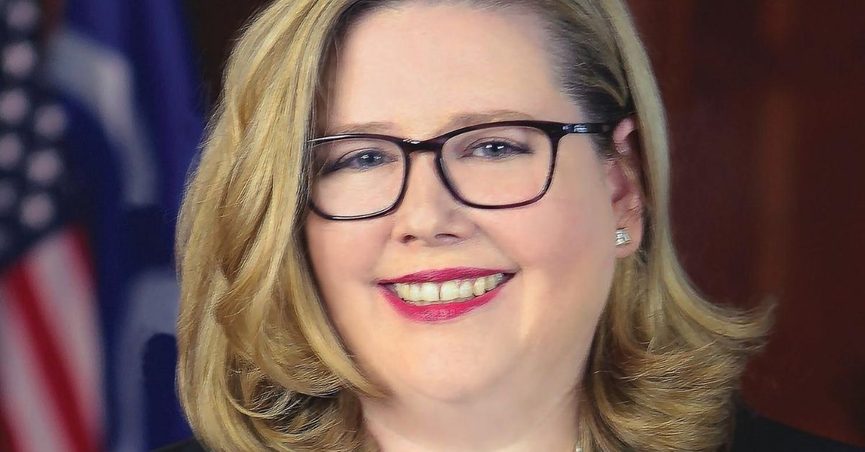 In November 2020, an image circulated on social media supposedly showing Emily Murphy, the head of the U.S. General Services Administration (GSA), at a rally for U.S. President Donald Trump in a “fuck your feelings” shirt. The GSA oversees presidential elections: While this is a picture of two Trump supporters, it does not show Murphy.

Murphy found herself at the center of a political controversy following the U.S. presidential election in November 2020. While President-elect Joe Biden has clearly been shown to be the winner of the 2020 election, Trump has so far refused to concede, and has continued to contest the election in court. While politicians and social media users have started calling on Murphy to honor the results of the election and issue a letter of “ascertainment” to allow Biden to start working with the White House on an orderly transition, she has so far refused to do so.

Regardless of how one feels about Murphy’s performance as GSA administrator, the above-displayed picture has nothing to do with her.

For starters, the picture has been circulating on social media since it was taken in October 2016 at a rally for Trump at Cincinnati’s Heritage Bank Center (formerly the U.S. Bank Arena). While the man on the left was identified at the time as “Randy Rigdon” by NBC News reporter Frank Thorpe, we have not been able to ascertain the identify of the woman on the right. It is suspicious, however, that Murphy’s name wasn’t associated with this until November 2020, when she found herself in the political limelight.

This “identification” was made without any evidence. Murphy was not identified in this photo by someone who knows her or by someone who was in attendance at this rally. Rather, this identification was made years after the fact by someone uninvolved with the picture who is basing the claim on a passing resemblance. As we’ve seen time and time again, this is not a good way to identify a person in a photograph.

As a side note, this picture was taken in Cincinnati, Ohio. This is not where Murphy lives, as her GSA biography states that she lives in Washington, D.C., nor is it where she’s originally from, St. Louis, Missouri.

Lastly, the woman in the above-displayed picture simply does not look like Murphy. Here’s Murphy’s official White House portrait from December 2017: