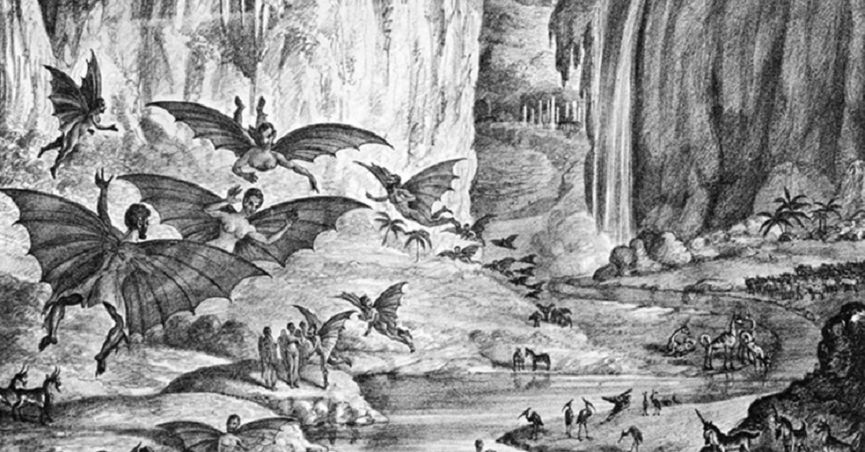 In 16th-century Britain a common saying to describe hoaxing someone was “to make one believe the Moon is made of green cheese”. Absurd, of course. So perhaps people were more credulous by the middle of the 19th century, when a newspaper editor perpetrated what became known as the Great Moon Hoax, persuading gullible readers that on the Moon you could find unicorns and other fantastic beasts.

The Great Moon Hoax refers to six articles in the New York Sun headlined “Great Astronomical Discoveries” and allegedly reprinted from The Edinburgh Journal of Science. Beginning on August 25 1835, they revealed a lunar ecology and civilisation. The hoax tested the parameters of media credibility and “fake news” in the pre-telegraphic age. The stories circulated to other papers around the world.

Though not destroying Dick’s reputation, the hoax challenged his prioritisation of belief over evidence, foreshadowing the fundamental intellectual crises of the mid-Victorian age. Nevertheless, Dick continued to popularise science and democratise access to astronomy. Dundee’s unique public observatory is a bequest from one of Dick’s devotees, John Mills.

Whether or not Dick’s speculations constituted science fiction, they inadvertently midwifed the modern genre through Locke’s parodies. The editor and owner of the New York Herald, James Gordon Bennett, credited Locke with inventing what he called “A New Species of Writing” – “the scientific novel”.

The Dundee Moon Hoax certainly inspired the “lost Scottish father” of American sci-fi, Robert Duncan Milne who grew up in nearby Cupar in the 1840s. His own tales of astronomical discovery bear many similarities to Locke’s lunar utopia. It provided a rich context which shaped Milne’s imagination, driven by creative tensions between scientific secularism, fantastic new technologies and orthodox beliefs.