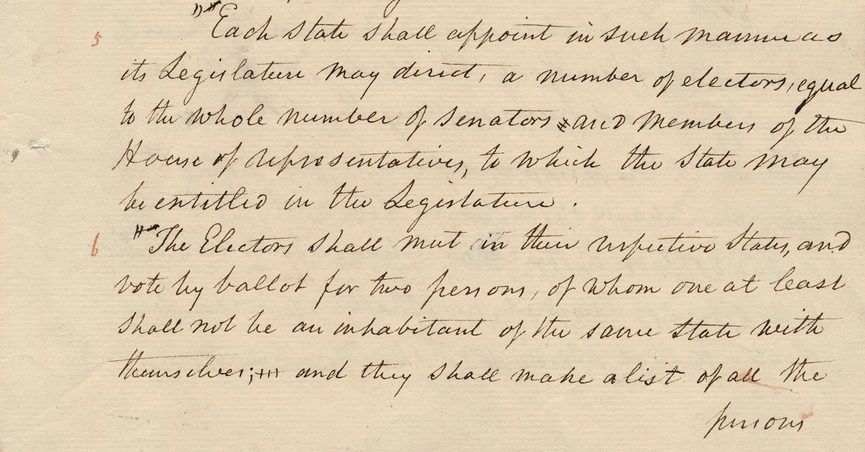 The delegates in Philadelphia agreed, in the summer of 1787, that the new country they were creating would not have a king but rather an elected executive. But they did not agree on how to choose that president.

Pennsylvania delegate James Wilson called the problem of picking a president “in truth, one of the most difficult of all we have to decide.” Other delegates, when they later recounted the group’s effort, said “this very subject embarrassed them more than any other – that various systems were proposed, discussed, and rejected.”

But the original system – in which the winner of the Electoral College would become president and the runner-up became vice president – fell apart almost immediately. By the election of 1800, political parties had arisen. Because electoral votes for president and vice president were not listed on separate ballots, Democratic-Republican running mates Thomas Jefferson and Aaron Burr tied in the Electoral College, sending the contest to the House of Representatives. The House ultimately chose Jefferson as the third president, leaving Burr as vice president – not John Adams, who had led the opposing Federalist party ticket.

The problem was resolved in 1804 when the 12th Amendment was ratified, allowing the electors to cast separate ballots for president and vice president. It has been that way ever since.