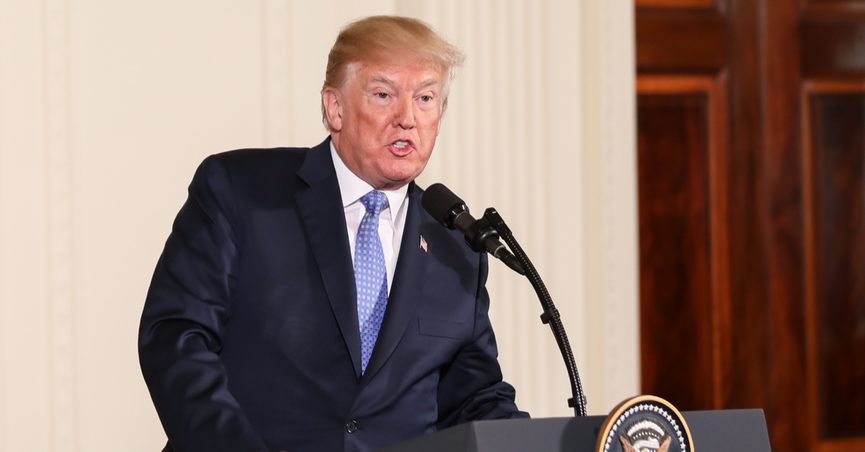 In April 2020, as the death toll in the United States from the COVID-19 coronavirus disease pandemic topped 30,000, an image gained traction on social media that supposedly showed a screenshot of an old tweet from now-U.S. President Donald Trump. In the tweet, Trump appeared to criticize President Barack Obama’s handling of a 2009 pandemic and stated that he would “never let thousands of Americans die from a pandemic while in office”:

Obama’s handling of this whole pandemic has been terrible! As President, ALL responsibility becomes yours during a crisis like this, whether or not you’re entirely to blame. John McCain, and for that matter myself, would never let thousands of Americans die from a pandemic while in office.

This is not a genuine tweet from Trump in November 2009, some seven years before he became president. The tweet does not appear on Trump’s timeline, nor is it included in the Trump Twitter Archive or Fact Base’s archive of deleted tweets. In fact, we weren’t able to find any record of this message prior to April 2020, indicating that this is a modern creation with a falsified date.

Furthermore, the text of this tweet contains nearly 300 characters. But at the time it was supposedly sent, back in November 2009, Twitter had a limit of 140 characters per tweet.

While the above-displayed tweet is fake, Trump has made similar comments on Twitter. In November 2013, he tweeted that leaders were always responsible no matter what happens:

In contrast, Trump said in March 2020 that, “I don’t take responsibility at all” when asked about the lack of testing in the United States for COVID-19.

While the “Biden/Obama” tweet above is real, it contains many falsehoods.

According to the Centers for Disease Control and Prevention (CDC), 12,469 people died in the United States from the H1N1 pandemic in 2009, not 17,000. Obama’s approval rating also wasn’t “disastrous.” A poll conducted by the Washington Post and ABC News over the course of several months in 2009 showed that Obama’s approval rating for his handling of the H1N1 pandemic ranged from the high 60s to the high 50s. Also, the “Obamacare” website cost much less than $5 billion.