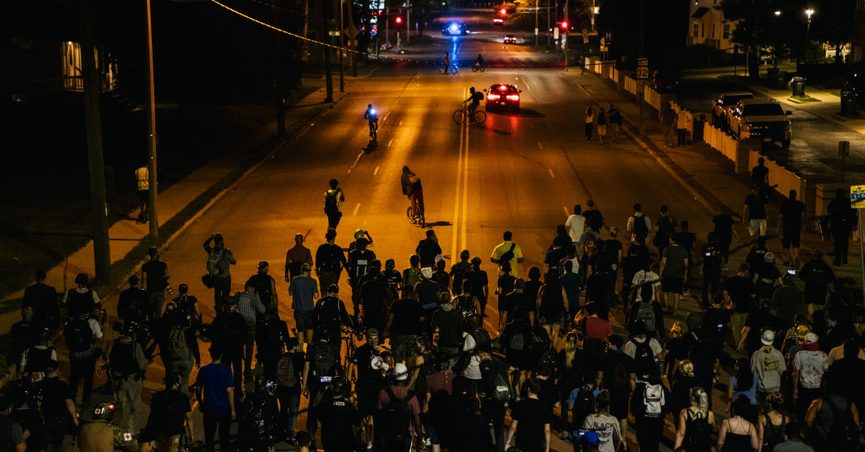 On Aug. 23, 2020, a police officer in Kenosha, Wisconsin, shot Jacob Blake several times in the back during an encounter that was recorded on cellphone video. Blake, a 29-year-old Black man, was left paralyzed by the shooting, his family’s attorney told reporters.

The shooting prompted widespread outrage and sparked three successive nights of protest in Kenosha and other U.S. cities, adding to an existing wave of renewed protest over racial injustice and police brutality that followed the death in police custody of George Floyd in Minneapolis in May 2020.

Some online commentators and social media users sought to justify Blake’s shooting and/or undermine the legitimacy of protests surrounding it. As part of that effort, a rumor emerged in the days after the shooting that claimed Blake had been charged with a sexual assault offense that involved sexual penetration of a minor between 14 and 16 years old, and that he was therefore a “child rapist” and “pedophile.” Others alleged specifically that Blake had “raped a 14 year old girl” and “raped a child.”

In Wisconsin, third-degree sexual assault is covered under Section 940.225(3)(a) of the Wisconsin Statutes, which states that: “Whoever has sexual intercourse with a person without the consent of that person is guilty of a Class G felony.”

Whoever created the widely shared graphic therefore took a screenshot of an authentic list of charges against Blake, including third-degree sexual assault, but juxtaposed it with an excerpt from the laws of a different state, in order to give readers the entirely false impression that Blake had been accused of committing an act of sexual penetration against a child. He had not. Claims that Blake was a “child rapist” and had “raped a child” were therefore baseless.

A search of Blake’s name in Wisconsin Circuit Court records revealed only child support disputes and a June 2018 conviction in Racine County on a charge of operating a vehicle without being in possession of a driver’s license, which is not a criminal offense and was resolved with a fine. Blake is not listed on the Wisconsin Department of Corrections Sex Offender Registry.

In September 2015, the Racine County Eye reported that Blake had been arrested after brandishing a gun at a bar in Racine, and that officers required the assistance of a police dog when Blake allegedly refused to comply with their orders. He was charged with several offenses, including: felony resisting arrest “causing a soft tissue injury to a police officer”; carrying a firearm while intoxicated; and endangering safety by the use of a dangerous weapon.

However, Blake was never tried or convicted on those charges, and in August 2020, the Racine County Eye reported that the charges appear to have been dismissed at the urging of the prosecutor and no longer appear in public court records.

Similarly, Blake has not been tried or convicted on the charges he faced in July 2020, including third-degree sexual assault, and he has not yet entered a plea in that case. Thus, social media posts that described Blake as a “convicted sex offender” and “convicted rapist” were inaccurate at the time they were posted.

On Aug. 24, 2020, retired police officer and right-wing commentator Brandon Tatum published a widely shared tweet in which he labeled Blake a “domestic abuser and sex offender” and included a screenshot of the 2015 Racine County Eye article, adding the claim that Blake was “known for pulling guns on people.” As of Aug. 26, 2020, Blake had not yet even entered a plea in relation to the domestic abuse and sexual assault charges against him, not to mention being tried or convicted on them, and the latter accusation had to do with charges that were dropped by the prosecutor in the case.