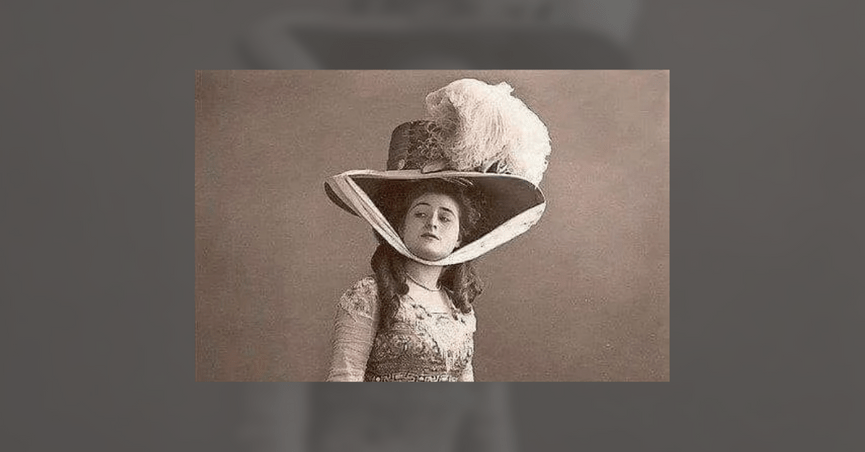 In August 2019, as many people took to the Internet to celebrate the 100th anniversary of the 19th Amendment, which gave women the right to vote on paper, a piece of text started to circulate on social media that supposedly listed “9 things that women couldn’t do until 1971” (: 1. Get a Credit Card in her own name – it wasn’t until 1974 that a law forced credit card companies to issue cards to women without their husband’s signature.

2. Be guaranteed that they wouldn’t be unceremoniously fired for the offense of getting pregnant – that changed with the Pregnancy Discrimination Act of *1978*!

3. Serve on a jury – It varied by state (Utah deemed women fit for jury duty way back in 1879), but the main reason women were kept out of jury pools was that they were considered the center of the home, which was their primary responsibility as caregivers. They were also thought to be too fragile to hear the grisly details of crimes and too sympathetic by nature to be able to remain objective about those accused of offenses. In 1961, the Supreme Court unanimously upheld a Florida law that exempted women from serving on juries. It wasn’t until 1973 that women could serve on juries in all 50 states.

4. Fight on the front lines – admitted into military academies in 1976 it wasn’t until 2013 that the military ban on women in combat was lifted. Prior to 1973 women were only allowed in the military as nurses or support staff.

5. Get an Ivy League education – Yale and Princeton didn’t accept female students until 1969. Harvard didn’t admit women until 1977 (when it merged with the all-female Radcliffe College). Brown (which merged with women’s college Pembroke), Dartmouth and Columbia did not offer admission to women until 1971, 1972 and 1981, respectively. Other case-specific instances allowed some women to take certain classes at Ivy League institutions (such as Barnard women taking classes at Columbia), but, by and large, women in the ’60s who harbored Ivy League dreams had to put them on hold.

8. Obtain health insurance at the same monetary rate as a man. Sex discrimination wasn’t outlawed in health insurance until 2010 and today many, including sitting elected officials at the Federal level, feel women don’t mind paying a little more. Again, that date was 2010.

9. The birth control pill: Issues like reproductive freedom and a woman’s right to decide when and whether to have children were only just beginning to be openly discussed in the 1960s. In 1957, the FDA approved of the birth control pill but only for “severe menstrual distress.” In 1960, the pill was approved for use as a contraceptive. Even so, the pill was illegal in some states and could be prescribed only to married women for purposes of family planning, and not all pharmacies stocked it. Some of those opposed said oral contraceptives were “immoral, promoted prostitution and were tantamount to abortion.” It wasn’t until several years later that birth control was approved for use by all women, regardless of marital status. In short, birth control meant a woman could complete her education, enter the work force and plan her own life.

Oh, and one more thing, prior to 1880 which is just a few years before the photo of this very proud lady was taken, the age of consent for sex was set at 10 or 12 in more states, with the exception of our neighbor Delaware – where it was 7 YEARS OLD!

Feminism is NOT just for other women.

A similar post on Facebook with tens of thousands of shares reported much the same in 2016 from user Lisa Bialac-Jehle.

In general, the list above accurately reports nine things that women couldn’t do in 1971. We’ll take a closer look at each item below:

Get a credit card in her own name

Obtain health insurance at the same monetary rate as men

This item refers to the practice of “gender rating” by health insurance companies, which typically resulted in higher premiums for women seeking individual health insurance. In 2010, the Patient Protection and Affordable Care Act (Obamacare) sought to do away with the practice.

Any woman who has bought health insurance on her own probably didn’t find herself humming the old show tune, “I Enjoy Being a Girl.” That’s because more than 90 percent of individual plans charge women higher premiums than men for the same coverage, a practice known as gender rating.

Women spend $1 billion more annually on their health insurance premiums than they would if they were men because of gender rating, according to a recent report by the National Women’s Law Center.

Under the health care overhaul, the practice is banned starting in 2014.

This post correctly states that the FDA first approved an oral contraceptive (a birth-control pill called Enovid) in 1957. However, at the time, the pill was only approved for use as a “treatment of severe menstrual disorders,” and the FDA required that it be labeled with a warning that Enovid will prevent ovulation.

A few years later in 1960, the FDA approved Enovid as a contraceptive. Still, the pill was only available to married couples. It wasn’t until 1972 that birth-control pills were available to all women, regardless of marital status:

Then came the landmark date, marking the biggest change to America’s contraceptive potential in history. On May 9, 1960, the FDA approved Enovid, an oral contraceptive pill released by G.D. Searle and Company. By 1965, almost 6.5 million American women were on “The Pill,” the oral contraceptive’s enduring vague nickname, which is thought to have stemmed from women requesting it from their doctors as discreetly as possible. That same year, the Supreme Court struck down state laws that prohibited contraception use, though only for married couples. (Unmarried people were out of luck until 1972, when birth control was deemed legal for all.)